Manje Bistre 2, the much awaited and anticipated film of this year has yet again surprised the fans with the new track ‘Boliyan’ which has just dropped in on the official Youtube channel of Saga Music. ‘Boliyan’ track sets off a mood for dancing with its amazing beats. One cannot just hold back from getting up and start grooving to this upbeat Punjabi number. This track has been penned by Happy Raikoti, and has been beautifully crooned by Gippy Grewal, and Mannat Noor, music has been composed by Gurmeet Singh. 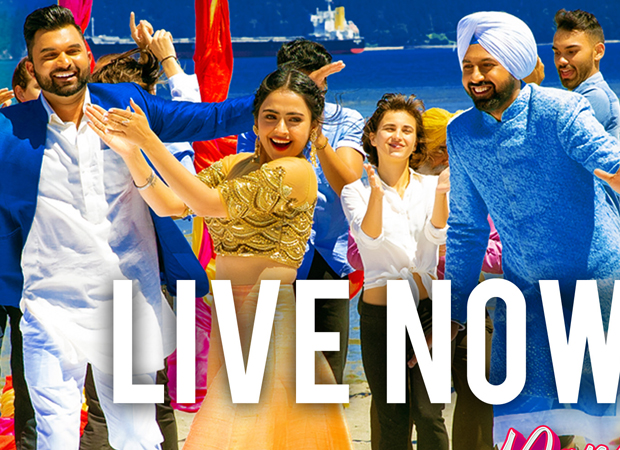 Manje Bistre 2 is the sequel of blockbuster film Manje Bistre which was released in 2017 on the occasion of Baisakhi. This film’s prequel revolved around a traditional Punjabi wedding. The film’s sequel seems to have been built around the same tradition but with a twist. This time the film is set in Canada. The film features a plethora of actors of the Punjabi film industry. The film’s lead cast has Gippy Grewal, and Simi Chahal paired opposite each other, other ace artists who are seen in the song and in posters are Gurpreet Ghuggi, Karamjit Anmol, Sardar Sohi, BN Sharma, Rana Ranbir, Raghveer Boli, Anita Devgan, Baninder Banny, Malkit Rauni, and many others.

It is produced by Gippy Grewal, under his home production Humble Motion Pictures. The music of the film will be released by Saga Music. Directed by Baljit Singh Deo, Manje Bistre 2 is going to hit the silver screens on the 12th of April, 2019.

Also Read: Manje Bistre 2: Gippy Grewal and Simi Chahal, after ‘Current’ are here to touch your heart’s strings with ‘Zubaan’

Bala: Sonam Bajwa to appear in a song with…