It seems that after Great Grand Masti, Urvashi Rautela is planning to return to comedy, albeit a family entertainer this time. The film in question is Pagalpanti that will be directed by Anees Bazmee and features John Abraham in the lead role. 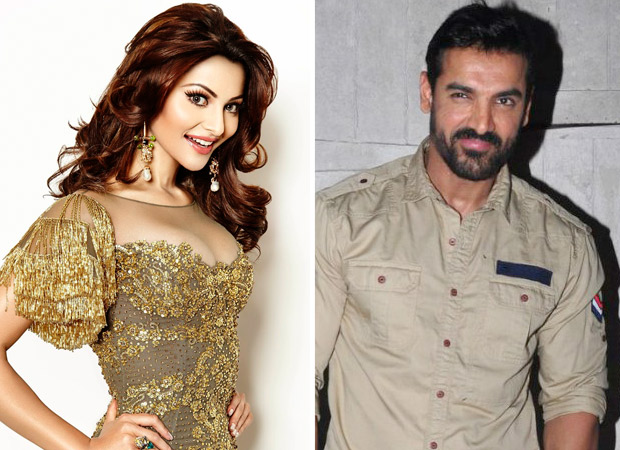 Urvashi Rautela to feature in this John Abraham film

While there have been no official announcement regarding the same from the filmmaker or Urvashi Rautela herself, it seems that the actress has already started prep for the same. However, details of her character sketch are yet to be revealed. Interestingly, this will be the first time where she will be working with Anees Bazmee. It seems that the actress has always wanted to work the filmmaker and was more than happy to come on board when she was approached for the role.

Keeping in mind that it is a comedy and the role will be quite different from her character in Great Grand Masti in which she played the character of a ghost, we hear that Urvashi has already started work on the film. Her preps include working on dialogues, punchlines and her comic timing. Incidentally, this film will also see her reunite with her Sanam Re co-star, Pulkit Samrat. Urvashi was last seen in Bhushan Kumar’s fourth instalment of Hate Story alongside Vivan Bhantena and Karan Wahi.

On the other hand, Paagalpanti is expected to feature a casting ensemble of sorts. Besides John Abraham and Pulkit Samrat, the film will have Anil Kapoor, Ileana D’Cruz, Kriti Kharbanda and Arshad Warsi in prominent roles. While John will romance Ileana, we hear that Pulkit will be romancing Kriti in the film.

Pagalpanti is expected to be shot extensively in London and Leeds in a 50 day schedule. The film is produced by Bhushan Kumar, Abhishek Pathak and Kumar Mangat and it is expected to go on floors soon.