Urvashi Rautela, who was last seen in the film Hate Story 4 that hit screens earlier this year, may be currently busy working on her next project. But that has not stopped the actress from keeping her fans updated on social networking sites. Well, continuing with the same Urvashi took to the image sharing site Instagram posting an image from one of her latest shoots that sees her sporting a bikini top, sheer shrug with floral prints and denim hotpants. 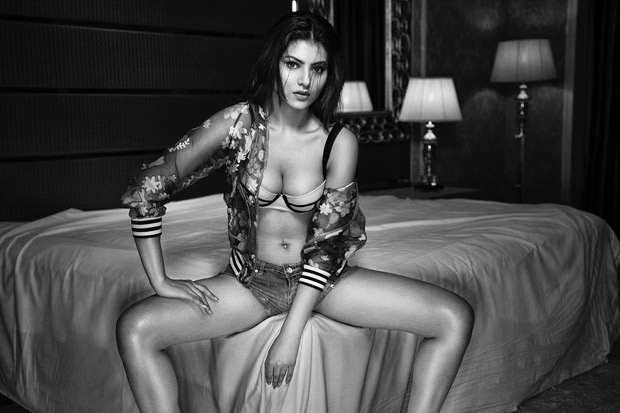 Sharing the image Urvashi added, “I’m feeling shy #tanned”. Though we are clueless about what she meant by the caption, we have to admit that Rautela looks a million bucks in the image. If that wasn’t enough her sultry pose for the shoot is sure to amp up the thermostats this December.

Back on the work front, besides Hate Story 4, Urvashi’s previous cinematic outings include the Hrithik Roshan starrer Kaabil, the adult comedy Great Grand Masti, Sanam Re and Ambarsariya.

Also Read: Urvashi Rautela gets trolled after she apologized over the Gigi Hadid post