We have heard many instances in the past where celebrities have confessed about facing tough situations during the shoot of a film. Actors like Ranveer Singh have undergone surgeries and physiotherapy sessions when their stunts went wrong. And now Taapsee Pannu seems to be trapped in a major situation. 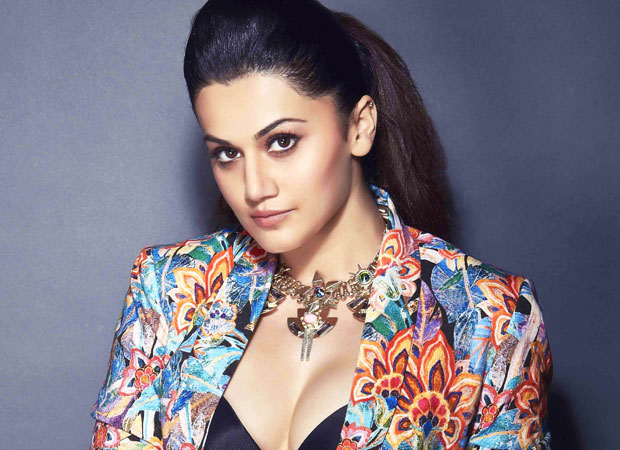 It is a known fact that Taapsee Pannu has been a part of action films like Baby and Naam Shabana. However, the strong actress seems to have pulled them off with aplomb. She, however, got trapped in an accident during the shoot of her latest rom-com Dil Juunglee. The actress was apparently shooting a scene where the entire cast was said to be stuck in a car. The car was to crash into a river and during the same sequence, it flew across the air to land into the river. It was then that the actress sustained injuries.

Taapsee Pannu herself recalled the incident recently. She said, “The accident happened when the car was roped mid-air. We were trying to shoot a sequence where we are trying to come out of a car which is drowning. It was hung with ropes and it was partly dipped in water as well. And we were supposed to get out of the sun roof of the car. That’s when my side of the door of the car flung open unexpectedly. I lost balance and fell down partly, because I was hanging on to the door. I bruised my entire right calf very badly. I had to take tetanus injection. The shoot was halted for a couple of hours as the doctor was called to check on me. It looked like a bad accident because there was a lot of blood loss and it was difficult to control bleeding.”

Unit hands confirm that it was close save for the actress. Fortunately, the paramedics were on stand-by to provide her with immediate and adequate medical assistance. She even finished the remaining shots for that day after being treated.

Taapsee Pannu will next be seen in Dil Juunglee and also films like Mulk, Soorma, and Manmarziyaan among others.

Arjun Bijlani suffers a ligament tear on his…