Taapsee Pannu is on a roll. If she concluded 2016 on a high with Pink, 2017 was eventful too with Judwaa 2 bringing her into the Rs. 100 Crore Club and Naam Shabana demonstrating all over again that she can do intense and dramatic when needed. Now 2018 would see her in a prolific avtar, what with at least four films of her up for release. 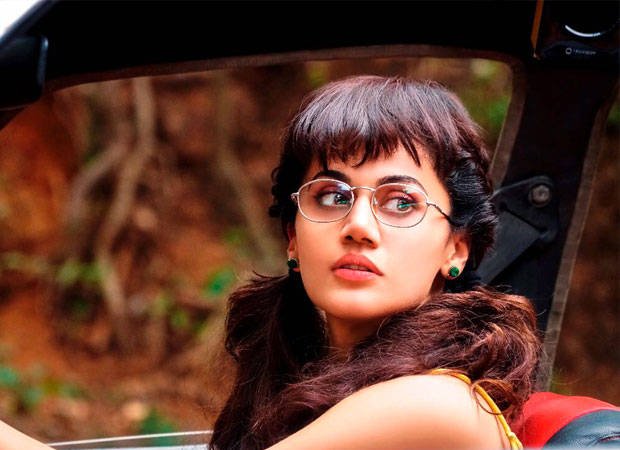 "The first to arrive would be Dil Juunglee which sees her in an altogether different avtar when compared to all the Hindi films that she has done since Chashme Baddoor," says a source, "Though she is inherently a very confident girl with a positive attitude, in Dil Juunglee she plays a rather subdued character who finds her true identity. Yes, she is sweet, nice and shy of course but what you would see of Taapsee is going to be a complete revelation for sure."

Coming from the house of Vashu Bhagnani's Pooja Entertainment, Dil Juunglee is set as a coming of age tale of a young woman and has Saqib Saleem playing her love interest.

"The film is just the right release during the Valentine's season," a senior crew member adds, "We arrive just a couple of days after the big day (on February 16) and are confident that love would continue to be in the air. The songs too are young and peppy which reflect the right the essence of Dil Juunglee."

From there on, Taapsee would move on to many other films of hers which are lined up for release.

Informs our trade source, "Her Tadka is ready which has Ali Fazal as her co-star. This is the first Hindi film to be directed by Prakash Raj. Then there is Soorma with Diljit Dosanjh for which she has already shot. This is a big one directed by Shaad Ali as it tells the story of hockey star Sandeep Singh. Meanwhile, she would soon be beginning shoot of Anurag Kashyap's Manmarziyaan. With Abhishek Bachchan as her co-star, she could well be looking at the release of this film too in 2018."

No wonder, it is quite apparent that a lot of happening in the life of Taapsee Pannu who, other than the release of these four films, could well be aiming to kick-start something more in time to come. However while one waits to see that happen, till then it is going to be time for Dil Juunglee which is set to release next Friday.