It has been reported that Karan Johar’s exciting period drama revolves around the darkest and bitter struggles (between Aurangzeb and his brother, heir apparent Dara Shikoh) for the Mughal imperial throne or takht (the peacock throne was a famous jeweled throne that was the seat of the Mughal emperors of India. Also called Takht-i-Jahangir (as called in Urdu) it was built by Mughal emperor Jahangir and is currently located at the Diwan-i-Khas at the Red Fort in Agra. 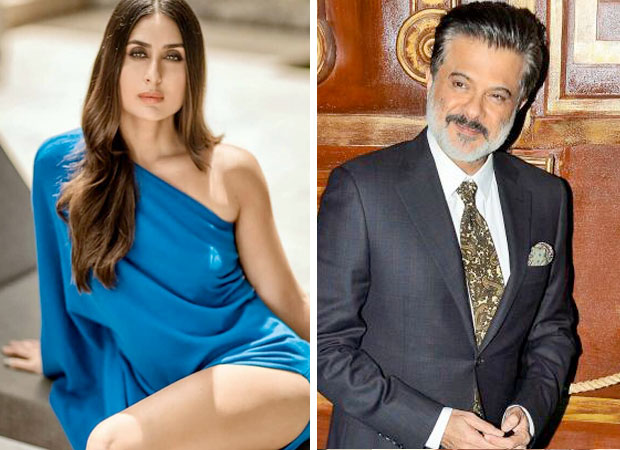 In a tweet, Karan had described the movie saying, “An incredible story embedded in history... An epic battle for the majestic Mughal throne... A story of a family, of ambition, of greed, of betrayal, of love & of succession... TAKHT is about WAR for LOVE…”

The film boasts of a massive star cast including Ranveer Singh, Kareena Kapoor Khan, Alia Bhatt, Vicky Kaushal, Bhumi Pednekar, Janhvi Kapoor and Anil Kapoor. While it has been reported that Vicky will play Aurangzeb and Ranveer will essay the role of his elder brother, Dara Shikoh, Kareena Kapoor Khan will play Jahanara Begum Sahib and Anil Kapoor is said to play their father Shah Jahan, the fifth Mughal emperor.

Alia Bhatt is said to play Dara Shikoh’s wife, Begum Nadira Banu. They had a happy and successful marriage and Dara was so much in love with his wife that he never married anybody else after her. Vicky Kaushal plays Aurangzeb who married the feisty, spirited Dilras Banu Begum (her role is said to be played by Bhumi Pednekar), who was his first wife, chief consort and favourite, and died a year before he ascended the throne. Jahnavi Kapoor is said to play the role of a young slave girl, called Hira Bai, who Aurangzeb fell in love with. Hirabai died young and he was extremely affected by her death. Aurangzeb also had a favourite concubine, Udaipuri Bai.

Says a trade source, “Apart from her equation with Karan, who is directing the film, Kareena has agreed to be part of such a strong cast also because of the fabulous role she plays. In fact, her role is equal to Ranveer and Vicky’s in Takht. She plays Ranveer and Vicky’s sister. Jahanara was a highly influential lady at the Mughal court during her father and Aurangzeb’s minds who was allowed to speak her mind and give advice. Anil plays their father Shah Jahan, considered to be the most competent of the Mughal Emperors (and had built the Taj Mahal in Agra) but who was imprisoned by Aurangzeb during the war of succession. It’s a powerful role too. In a film with a star cast and talent like this, one has to make sure that all the stars get their due.”

Like his son Aurangzeb when a war of succession ensued, after his father Jahangir died, Shah Jahan emerged victorious and ascended the throne. But in Aurangzeb’s case, Shah Jahan supported his eldest son Dara Shukoh who was later defeated and later killed by Aurangzeb. Jahanara Begum was one of the wealthiest and most powerful women during her father Shah Jahan’s rule, who earned her own income from a number of villages and owned gardens. She was the eldest daughter of Emperor Shah Jahan and his wife, Mumtaz Mahal, was also the older sister of Crown prince Dara Shikoh and Emperor Aurangzeb and became the First Lady (Padshah Begum) of the Mughal Empire (after her mother died), at the young age of 17. She brought up her siblings and helped her father to get out of mourning. Jahanara was also instrumental in arranging Dara Shikoh’s marriage to Begum Nadira Banu.

Jahanara Begum was an extremely powerful at the Mughal Court, where Shah Jahan entrusted her with charge of the Imperial Seal and took her advice on administrative and political issues. Unlike the other royal princesses, she lived in her own palace, and not Agra Fort. When the war of succession broke out, Jahanara supported her brother Dara Shikoh and Shah Jahan asked Jahanara to intervene. After Aurangzeb ascended the takht, she joined her father in imprisonment at the Agra Fort, and looked after him until his death (1666). But after their father’s death she and Aurangzeb patched up and he gave her the title, Empress of Princesses.

Also Read: First Kalank and now TAKHT, Karan Johar is all set to bring back the golden era of MULTI-STARRERS