Bollywood has evolved a lot over the years and a lot of changes have taken place, some for the better and some for the worse. One unfortunate change that unfortunately took place is that multi-starrers became very scanty. At one point, Hindi cinema saw a lot of such films featuring at least three prominent actors or actresses. Such kind of arrangement used to be very beneficial as the buzz would go skyhigh upon seeing so many popular actors in one poster. Also, fans of various actors would be excited to see their favourite star in the films. Hence, automatically, more number of people would throng the cinemas. Ultimately, the film ran on the basis of content but a multi-starrer would always be talked about and generated the maximum curiosity. 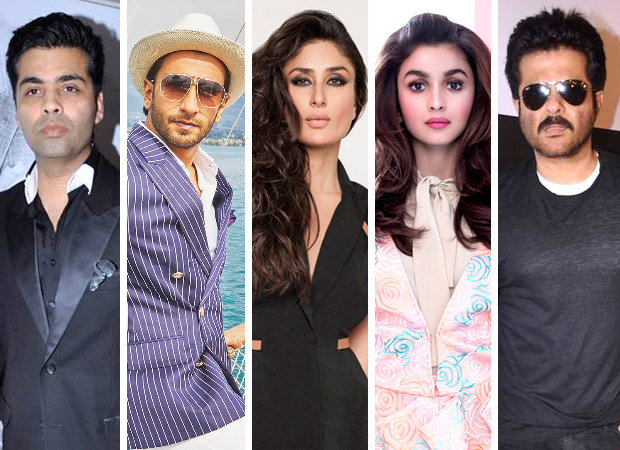 Sadly, as years passed, such multi-starrers became rare. Notwithstanding the buzz it would create, making such kind of a mammoth project would be too much for the producer. Getting the dates of all actors and moreover handling their ego and insecurities can take a toll on any producer in today’s times. Forget multi-starrers, even something simpler like a two-hero film can be quite a task. This was evident when Karan Johar and Rohit Shetty scrapped the remake of the classic Anil Kapoor-Jackie Shroff starrer Ram Lakhan as getting actors who won’t feel insecure became next to impossible. As a result, there have been very few multi-starrers in recent years which had the biggest of actors in majority and ones that come instantly in mind are Dil Dhadakne Do, Zindagi Na Milegi Dobara, Raajneeti etc.

But now Karan Johar is all set to bring the magic of multi-starrers once again. Today, he announced his biggest ever film and arguably, it would also be one of the biggest ever seen by Indian Cinema. Titled Takht, it’s all set to release in 2020 and believe it or not, the filmmaker managed a casting coup which is the greatest in a long time. It has seven prominent actors – Ranveer Singh, Kareena Kapoor Khan, Alia Bhatt, Vicky Kaushal, Bhumi Pedenkar, Janhvi Kapoor and Anil Kapoor! It’s unfathomable how he managed to do something of this sort especially as we saw how near difficult it is to do so at present. But then Karan enjoys credibility and no wonder that all these actors trusted him to give each of them a plum role that hopefully would be remembered for a long time.

In his autobiography, ‘An Unsuitable Boy’, Karan Johar had expressed his love for multi-starrers and his desire to see half a dozen movie stars on the billboard. This was one of the reasons why he chose to make Kabhi Khushi Kabhie Gham in 2001. It starred Shah Rukh Khan, Kajol, Amitabh Bachchan, Jaya Bachchan, Hrithik Roshan and Kareena Kapoor Khan. In ‘An Unsuitable Boy’, he writes, “I was obsessed with the image of having six stars on a poster. Like (Yash Chopra’s 1976 film) Kabhi Kabhie had an array of stars (it featured Amitabh Bachchan, Rakhee Gulzar, Shashi Kapoor, Rishi Kapoor, Waheeda Rehman and Simi Garewal). I was a huge Yash Chopra fan and I wanted a poster that had a host of stars on it! Leading movie stars all together…” With Takht, Karan Johar goes one step forward and gets not six but seven prominent performers in one flick.

Besides Takht, he’s also producing a film titled Kalank directed by the 2 States director Abhishek Varman. It too has a great, ensemble cast comprising of Madhuri Dixit, Sonakshi Sinha, Alia Bhatt, Varun Dhawan, Aditya Roy Kapur, and Sanjay Dutt. At a time when even one multi-starrer or one two-hero flick is difficult to pull off, KJo has backed two of them! Kudos and we can’t wait to see all of them coming together. As the song in recent released Fanney Khan, starring Takht actor Anil Kapoor goes, “Acche din ab aaye re!”

Also Read: Get over the Nepotism debate! Karan Johar is helping Bollywood by launching actors and turning them superstars of tomorrow!