Hrithik Roshan, who is currently in China while waiting for Kaabil release, shared a riveting new poster of his upcoming movie, Super 30. The poster has set the tone right with the image of Hrithik standing right behind his pride of students, talking a million stories from the glimpse. While recently calling Super 30 as a story of the triumph of spirit, Hrithik Roshan took to his social media handle and shared the poster for the already awaiting audience, saying Haqdaar bano! #Super30Trailer coming on June 4." 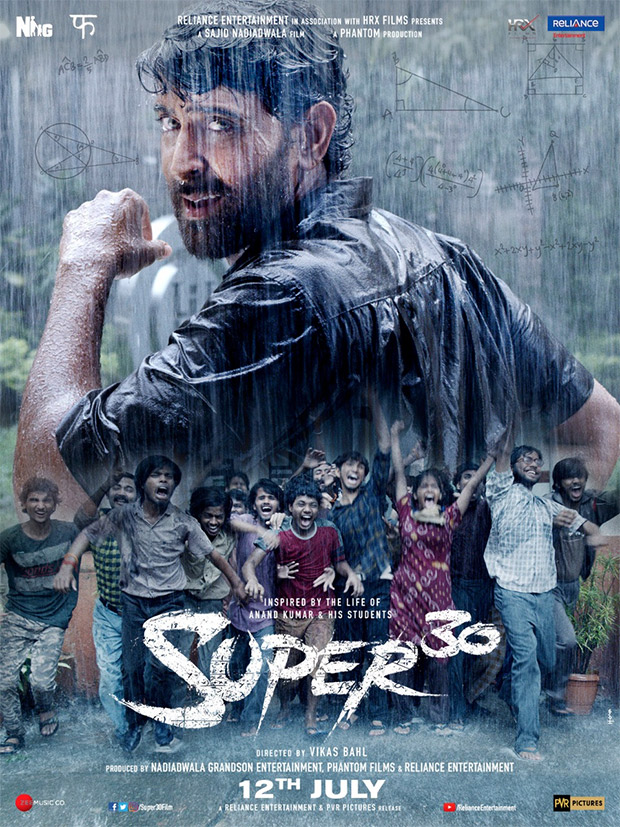 On his recent visit to China for the release of his movie Kaabil in Sino lands, Hrithik had expressed, “Super 30 is something that talks about the power and the value of education and teachers. And, I think that is another place where I think there is a similarity between China and India as both these countries give a lot of respect to teachers. The teachers form the top of the societal chain in both these worlds.”

With the poster setting the right note amongst the audience who have been awaiting the release of its trailer now, Hrithik has definitely given the best weekend gift to his fans with the release of his exciting poster.

Hrithik Roshan is currently gearing up for the release of his next film, Super 30 which is set to release on July 12, 2019.