Earlier this month, we had reported that Vishal Bhardwaj had found two of his leading ladies for his next directorial, Chhuriyaan. One of the two is Sanya Malhotra who impressed the audience in Dangal. The other one Radhika Madan rose to fame as Ishani in Ekta Kapoor's TV show, Meri Aashiqui Tum Se Hi. Now, the unconventional filmmaker has found his leading man in comedian Sunil Grover. Yes! The comedian-actor, best known for his roles as Gutthi and Dr. Mashoor Gulati, is all set to star as leading man in the female-centric film. 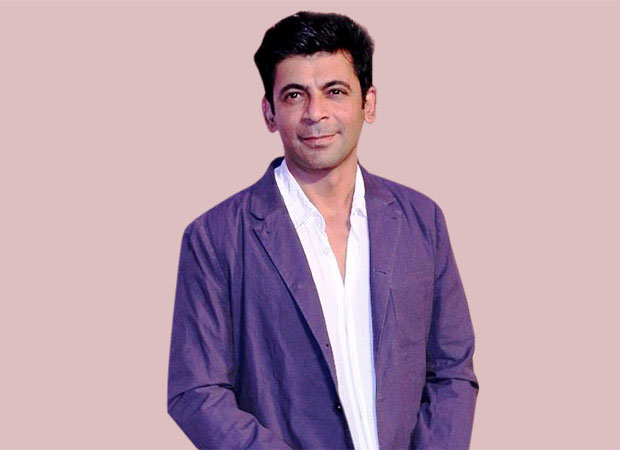 Though Sunil Grover won't star opposite Sanya Malhotra and Radhika Madan, the casting for actors opposite the two actresses is still on. Those two actors will play the leading ladies’ husbands. Besides Sunil, renowned actor Vijay Raaz, who was last seen in Kaalakaandi, is all set to reunite with Vishal Bhardwaj in the film after Dedh Ishqiya. The actor will be starring as the father of the leading ladies- the sisters at loggerheads.

Speaking about the casting of the actors, filmmaker Vishal Bhardwaj said that he is elated to have Vijay Raaz and Sunil Grover as his unconventional leads in the film. Sunil is said to have a crucial part in the film. The director even said that he was absolutely surprised to see how big of a star Sunil Grover is. Talking about it, director Vishal Bhardwaj says, “I am very happy to have Sunil Grover and Vijay Raaz as the two unconventional male leads of my film. Sunil plays a crucial and major part."

As far as Sunil Grover is concerned, the actor was lately quite in news for his on-going tiff with comedian Kapil Sharma. While the comedian has continued his own gigs, this casting will surely bring him in a different light.

Chhuriyaan has already gone on floors. The makers are set to go begin the next schedule in Raunsi in Rajasthan in April end. Vishal Bhardwaj is working on the music album as well with five to six songs, keeping Rajasthani flavour and folklore in mind. The director also plans to have an elaborate dance number in the film. For the film, all the actors are learning the Rajasthani dialect.

Vishal Bhardwaj believes that Chhuriyaan is inspired by sibling rivalry where the two sisters constantly want to cut each other. It has also been learned that Sanya Malhotra and Radhika Madan will sport completely different looks post interval. The film is divided into two eras – pre and post marriage. In fact, the actresses have been asked to put on 10-12 kgs for their post-marriage look. The shooting for the same phase will begin in the month end in Mount Abu. The prepping for the same has begun and a final workshop will be conducted soon.