Considering the way Prabhas shot to stardom after the Baahubali series, his multi-lingual Saaho has undoubtedly created waves since its announcement. While Prabhas has already established a fan base in Bollywood despite his last dubbed period drama, his official Bollywood debut too is garnering attention. Now we hear, one of the top notch production houses has joined hands with UV Creations for Saaho. 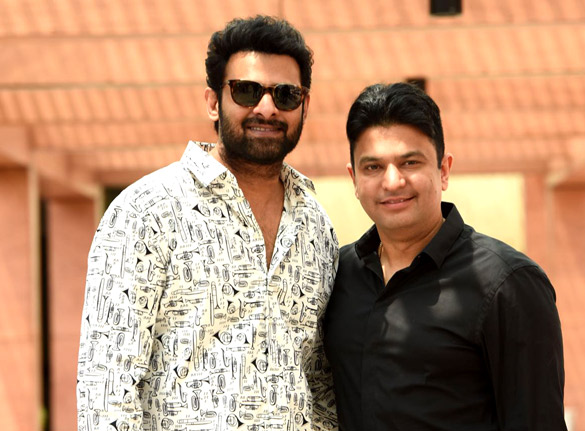 Saaho, which features Gen Y Bollywood star Shraddha Kapoor as the leading lady, has several Bollywood connects. Adding yet another one, now we hear that Bhushan Kumar has inked the deal with the other makers of Saaho. Sources have asserted that this is one of the biggest collaborations in the film industry.

Saaho falls in the genre of ultramodern action flick which will feature some high-octane stunt sequences. Interestingly, this is Prabhas’ next film after the last mega blockbuster Baahubali 2: The Conclusion.

A source close to the development said, “The makers of Saaho are leaving no stone unturned to make it at par with their magnum opus vision, bringing together the best film making and creative minds of the business together. The expert team of director of photography Madhie, versatile editor Sreekar Prasad and production designer Sabu Cyril are brought together to do a spectacular job with the film. The makers have even roped in a world acclaimed action choreographer for the high-octane sequences.”

The film is being shot at striking locations in, around and outside the country.

With Saaho being a trilingual, Bhushan Kumar will be presenting the film in the Northern Hindi markets. Speaking about the collaboration, Bhushan Kumar said, "The universality of Saaho is what appealed to me as a film maker. While Prabhas is a pan India star, the content and its treatment will make for a film having a global appeal. It is an exciting collaboration and we are looking forward to present the film to our Hindi audience."

Prabhas went on to add, "Ever since its inception, Saaho has been a larger than life story. We want to present our audience with a memorable visual experience."

Also Read: After Shraddha Kapoor and Neil Nitin Mukesh, these actors too are a part of Prabhas’ Saaho