After his debut into television this year with Dil Sambhal Jaa Zara, Sanjay Kapoor is now set to enter the digital medium. He will be seen with Manisha Koirala and Jaideep Ahlawat in Dibakar Banerjee’s film which is a part of the web series Lust Stories. The other three segments are directed by Zoya Akhtar, Karan Johar and Anurag Kashyap and the web series will be shown on Netflix. Manisha and Sanjay will be seen after 13 years. The last time they were paired opposite each other was Anjaane (2005) and Chhupa Rustam (2001). 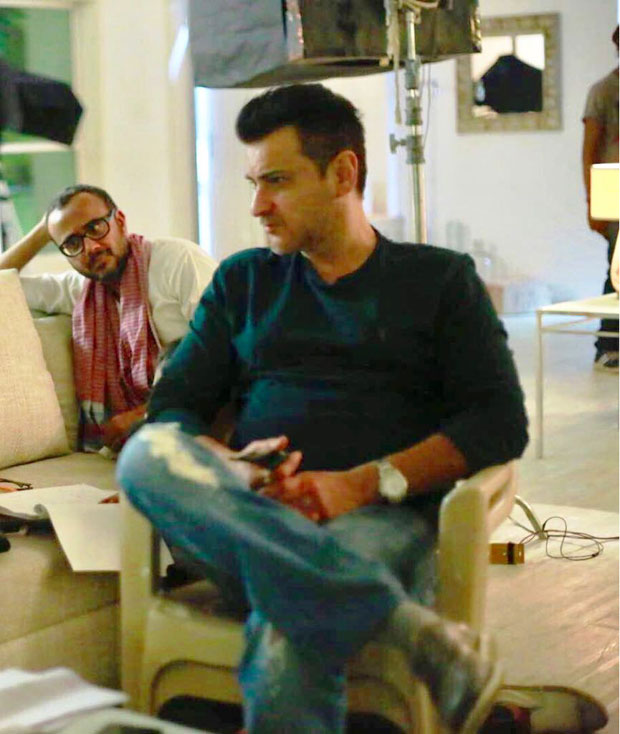 Interestingly, Sanjay finds himself caught in a love triangle again. He played an older man married to a younger woman who finds herself in love with his friend’s son, in Dil Sambhal Jaa Zara. Sanjay plays the husband again in Dibakar’s short story which is a story of three people - a couple (Manisha and Sanjay) where the wife is attracted to another man, her husband's best friend (Jaideep) and digs deep into a web of deceit, lust, lies and secrets between the three.

Sanjay’s role has been kept a secret till now. He tells us that he shot for it last year. “Dibakar was starting Arjun’s film so we shot our portion before that. Then Karan finished and now they are having a grand worldwide Netflix release rather than at theatres in June. It was outstanding being directed by Dibakar. We did a couple of days of workshop because I signed the film and then started shooting for it after four days. It was a beautiful experience. My show was starting and that had a different look so I had to finish shooting for this. We
shot non-stop for seven-eight days and completed the film. Mine is not a dark character but it’s a kind of a love triangle. Last time it was a film-based story when it was called Bombay Talkies and now they have called it Lust Stories. The USP of the film is its four directors
Karan Johar, Zoya Akhtar, Dibakar Banerjee and Anurag Kashyap. I couldn’t have asked for anything better.”

Manisha and he are coming together after 13 years. He laughs, “We are getting Chupa Rustom back. It was great fun shooting with her. She really stands out in these kinds of roles. Manisha has always been a great actress but whenever she has done movies like Bombay, 1942 A Love Story, she still manages to connect. I think Manisha believes in this kind of a film and she feels at home acting in it.”

Talking about his look in Short Stories, Sanjay says that it’s very different from Dil Sambhal Jaa Zara. “With Dibakar, we shot it very real and natural – without any makeup. My character is very different from my television serial where I play a more older and rich guy. Here he is younger and cooler. I had put my pic on Instagram and Karan and Zoya had seen and liked it. That’s when they offered the role to me. It’s come out well and it’s very interesting. I am patient to wait for the right roles to come to me.”

As Lust Stories is about lust and love, has he done any kissing or intimate scenes? “No I haven’t but I don’t want to talk about it,” Sanjay signs off.