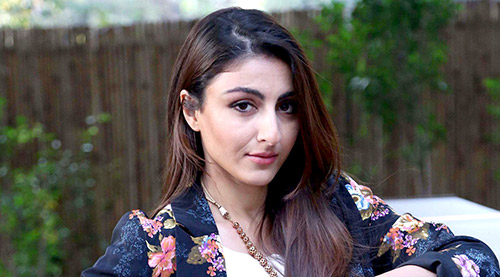 Though she has been brought up in a royal family with a filmy background, Soha Ali Khan has often maintained a rather low comparatively profile. While she is not the one to get into controversies, Soha, however, could not sit back as trollers questioned an actress' intelligence after she took to social media to post about her opinion on Indian economy.

Expressing her opinion, followed by an announcement made by RBI Governor Raghuram Rajan about his exit, Soha Ali Khan tweeted, "Profound loss for India that @RBIGov #RaghuramRajan has been forced to exit. He can only help those who want to help themselves. Shame." Soon her tweet caught the attention of netizens who continued to troll the actress, questioning her knowledge about finance, thereby questioning the intelligence of Bollywood actresses in general. However, shunning down the trolls and giving it back to her detractors, Soha took to social media to respond saying, "LSE doesn't stand for the London School of Entertainment and "dumb actresses" are citizens with valid opinions on economic policy #nuffsaid." Very few may be aware that Soha Ali Khan chose her career in Bollywood because of her passion for acting but the actress has not only attended the prestigious Balliol College, Oxford but has also earned a Master's degree in International Relations from the London School of Economics and Political Science.

Soha Ali Khan is married to co-actor Kunal Khemmu and was last seen in the Sunny Deol starrerGhayal Once Again.