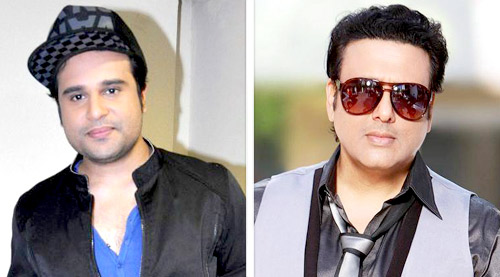 Recently, Govinda shot for Kapil Sharma's show with his family which came as a shock to Krushna Abhishek. Since Krushna Abhishek started as a host of Comedy Nights Live, he had requested Govinda several times to be a part of the show. At first, the dates didn't match. Four days ago, Krushna found out that Govinda and his family were on the sets of The Kapil Sharma Show and that he chose the rival show over his nephew's show.

Addressing the issue, Krushna Abhishek revealed that Govinda hated it when Krushna took a dig at him on his show. He explained it to Govinda the joke was neither meant to hurt him nor was he trying to disrespect him. He further added being family, he had expected Govinda to appear on his show first.

On the other hand, Govinda revealed that he was furious and summoned Krushna after he made disrespectful remarks about him on his comedy show. Since that time, he couldn't trust him anymore as he has been making money by insulting celebrities. Adding to that, Govinda did say if he ever decided to be a part of Comedy Nights Live, he'd charge a hefty price for it.