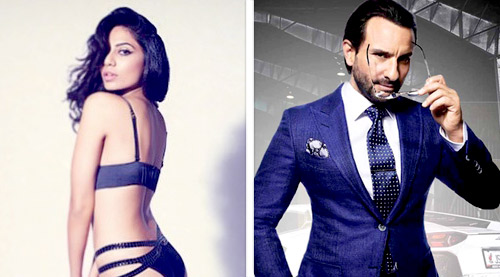 Ever since the announcement of Akshat Verma's upcoming film Kaalagandi, there have been several speculations about the cast. Now we hear that a name has been added to the star cast and it is that of Former Miss India Sobhita Dhulipala who was last seen in Raman Raghav 2.0. She will apparently play a prominent role in this dark comedy.

Sobhita Dhulipala, who has also signed a three-film deal with Anurag Kashyap's Phantom Productions, will play the love interest of Kunaal Roy Kapur in the film. A source close to the project said, "Yes, she has been roped in for the dark comedy that narrates the stories of different people from various segments of the society. She will play the love interest of Kunaal Roy Kapoor. After her performance in the Nawazuddin Siddiqui - Vicky Kaushal starrer earned her acclaim, Sobhita got several offers. She liked Akshat's story and signed the project."

Kaalagandi has already gone on floor in Mumbai but suffered a minor setback after the leading man Saif Ali Khan injured his thumb. While the other details of the film are being kept under wraps, the film is expected to release by early 2017.