Boman Irani is a phenomenal actor and a thorough professional. When he heard the script of his upcoming film Made In China, he was very excited about the story and his unique character, Dr. Vardhi. Unfortunately, just a few days before getting into the shoot, Boman suffered a slipped disc. Since the shoot of the upcoming Diwali release couldn't be shifted as the dates with all the other talents were locked, Boman went ahead with his scheduled dates despite the pain. Looking at the commitment of the actor, the makers decided to work around the problem. While Boman underwent treatment and wore a belt to ensure recovery, his character of Dr. Vardhi was improvised as someone who slouches, so the actor wouldn't have to strain his spine. 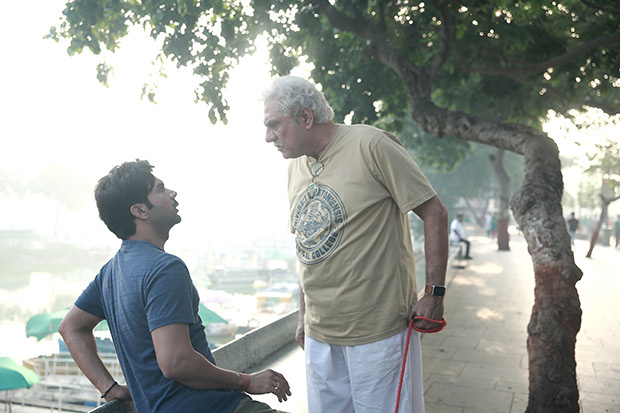 Talking about the same, Boman Irani said, "Since my character was old, we could incorporate that." He further added, "When you are shooting, you tend to forget pain. At the end of the day, the only thing that helps is exercise as I hate popping pills. It's a joy for an actor to be on set and of course, once the shoot is over, you feel the need to rest. It was only once during the entire shoot that the pain became a problem. Otherwise there was no trouble at all."

Producer Dinesh Vijan is all praise for the actor. “Boman is a true professional who stuck to the dates despite his excruciating back pain. He eventually incorporated it into his character which, in hindsight, has fit in naturally,” the producer added.

Produced by Maddock Films in association with Jio Studios, Made In China is directed by Mikhil Musale and is set to release this Diwali.

Also Read: Made In China: Rajkummar Rao and Boman Irani make a crackling duo in this unusual comedy