Known for hand-picking Interesting yet commercially viable cinema, Maddock Films, Rajkummar Rao and Boman Irani have joined forces and are coming together with Made In China. Maddock Films in association with Jio Studios come together again this Diwali to bring a great combination of content and entertainment. 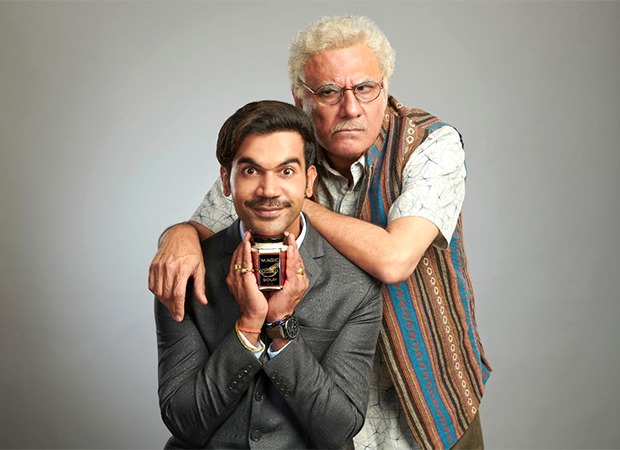 Made In China is the first time on-screen pairing for two of the Industry's top-notch performers - Rajkummar Rao and Boman Irani. While B-Town celebrates many a leading pair, this one, albeit a tad unusual, has audiences swooning at the idea of spell they will cast on the screen. Essaying the roles of a small town Gujju entrepreneur who has struck gold with an incredible new business idea - Raghu Mehta and the hero of his story - the face of his business venture Dr Wardhi, Raj and Boman will be seen sharing some incredible moments at different points in their journey together in the film.

"Both Raj and Boman are known to take risks and effortlessly slip into characters", says producer Dinesh Vijan. "While Raj plays the jugaadu business man, Boman plays a veteran sexologist. Both Raj and Boman have drawn from each other's strengths to create a magical partnership on screen. We're hoping anyone looking to go out and do something on their own, will relate to the challenges faced by these characters and take home their undying spirit of Jugaad."

Produced by Maddock Films in association with Jio Studios, the film is directed by Mikhil Musale and also stars Mouni Roy, Gajraj Rao, Paresh Rawal, and Sumeet Vyas. Made In China is set to light up the big screen this Diwali.

ALSO READ: Made In China: “I think he has spoiled me for life” – Mikhil Musale praises Rajkummar Rao’s efforts