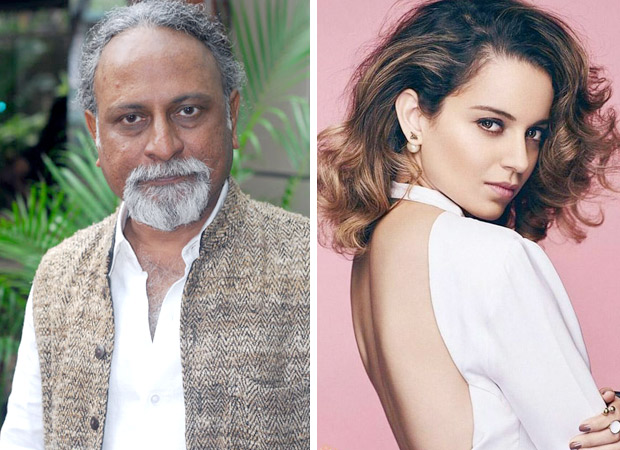 Kangna Ranaut will be playing the character of Rani Lakshmibai of Jhansi in Manikarnika - the Queen of Jhansi. The first poster launch event was a grand one. But, even before the film has gone floors, Kangna Ranaut has landed in another controversy.

On Thursday, May 18, acclaimed filmmaker Ketan Mehta informed that he has sent a legal notice to Kangna Ranaut for conspiring with producer Kamal Jain and others to hijack his most ambitious film project titled Rani of Jhansi - The Warrior Queen. According to Ketan Mehta, Kangna Ranaut was approached by him for his ambitious project to play the lead role of Rani Lakshmibai of Jhansi in June 2015. She had readily agreed to do it. Later, she went on to announce another film titled Manikarnika - the Queen of Jhansi with another producer and director.

Ketan Mehta informed that he has, in fact, sent the legal notice to Kangna Ranaut as he thinks there is an attempt of hijacking a film. Narrating the story, he revealed that enough statements have been made by her showing the commitment about the project. He said that they had also shared the script, certain research material and a lot of discussions had happened. After all this work, suddenly they heard that she was doing a project with some other producer. He found this completely unethical.

Ketan Mehta further said that now it is a legal matter. They have put 10 years of their lives in this project as it's a great project for the world, not just India.

The news of Ketan Mehta's notice comes soon after Hansal Mehta's Simran writer Apurva Asrani accused Kangna of twisting her way to get additional credit as a co-writer on the script.

As for Kangna Ranaut, she is yet to respond to these allegations. Manikarnika - The Queen Of Jhansi is slated to release in April 2018.