Dinesh Vijan who gave us films like Hindi Medium, Stree, Luka Chuppi is helming a new project called Shiddat – Journey Beyond Love. The movie features Sunny Kaushal, Radhika Madan, Diana Penty and Mohit Raina in lead roles. While Mohit and Diana are paired together, Sunny will be seen opposite Radhika. The movie will go on floors in September and will be directed by Kunal Deshmukh. The makers are looking for a Summer 2020 release. 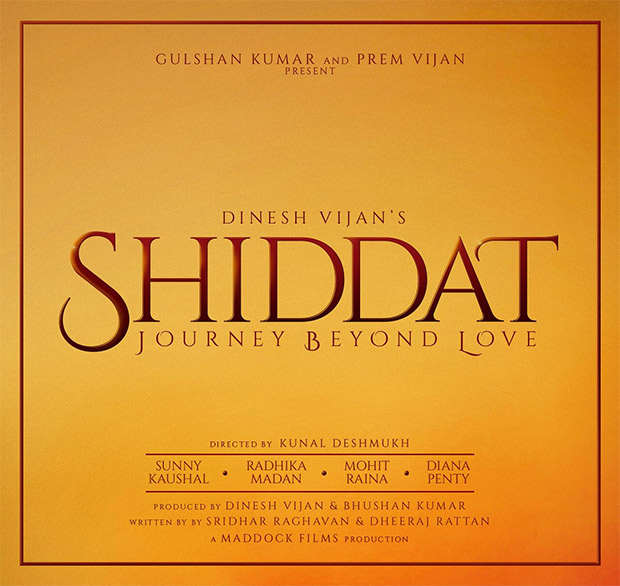 Just as the title suggests, the movie is about intense, passionate romance between two couples whose story will run parallel to each other. Dinesh said in a statement, “I got married recently, so I'm feeling it, but on a serious note in our day and age where love is taken so lightly, it's difficult to imagine the lengths people would go to for it.”

He added, “Shiddat is a not only a story about love but the distance one travels for it. The passion that overcomes... Maybe all senses or logic to do things that you wouldn't usually imagine, the belief in something with all your heart and the drive to achieve it- that's Shiddat.”

This is Radhika’s second film with Maddock, she is currently shooting for Dinesh Vijan’s Angrezi Medium where she plays Irrfan Khan ‘s daughter while Diana Penty was launched by Dinesh Vijan in Cocktail and was last seen in Happy Phirr Bhag Jayegi.

Sunny is currently shooting for Sneha Taurani’s debut directorial Bhangra Paa Le and will be seen in Kabir Khan’s sports drama ‘83.  Mohit made his debut with Vicky Kaushal last in Uri : The Surgical Strike.

Shiddat will be directed by Deshmukh, it is wriiten by Shridhar Raghavan and Dheeraj Rattan and produced by Dinesh Vijan and Bhushan Kumar.

Also Read: Irrfan Khan opens up about his HEALING process as he shoots for Angrezi Medium