Kangana Ranaut has been in the news for quite some time now. It is either for the industry stirring controversies or for her impeccable performances. Kangana Ranaut has never held herself back from saying what’s on her mind; she is not the one to worry about consequences. Her last release, Manikarnika: The Queen Of Jhansi made quite good numbers at the box office and the audiences appreciated her for her amazing acting skills. 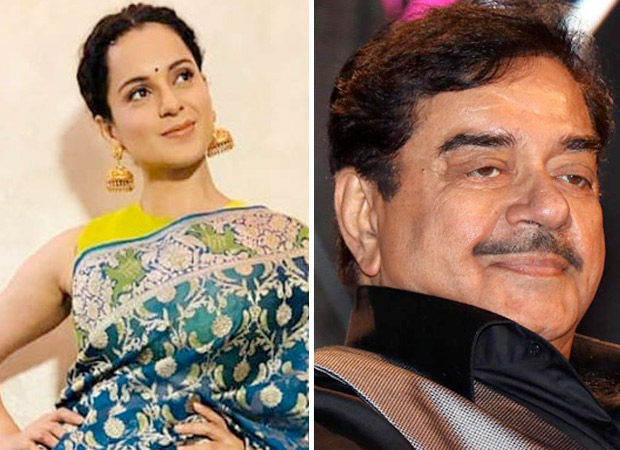 In an interview recently, Shatrughan Sinha spoke about Kangana Ranaut and he couldn’t stop praising her. He was enquired about Kangana’s role as Jhansi Ki Rani and he said that Jhansi Ki Rani was a role model not only for the commoners as well as the freedom fighters. When talking about Kangana, he said that she is a self-made woman who has made it to the top of the game on her own without the help of any man and that she is a role model for women empowerment. He further said that she gives a tough competition to any man or woman and that she commands respect and even remuneration that she’s worthy of.

On the work front, Kangana Ranaut has two big movies coming up, Panga and Mental Hai Kya and she will also be working on the Jayalalithaa biopic post the wrap up of these two movies. As for Shatrughan Sinha, he has recently quit BJP after being an integral part of the party for over a decade.

Also Read: Sonakshi Sinha opens up about her father Shatrughan Sinha quitting BJP, says he should have done it long back