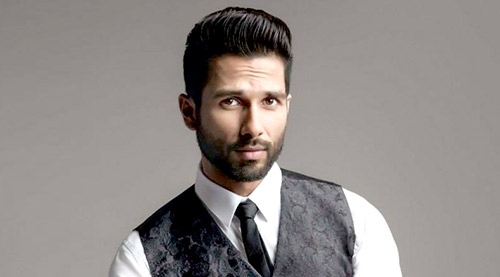 More than a year ago, we had reported that the fantasy adventure Magadheera, after several speculations, has finally found its hero in Shahid Kapoor for its Hindi remake. However, it seems highly unlikely that we will get to see the actor in a royal avatar now. Apparently, he is not a part of the remake anymore.

Shahid Kapoor, who was recently spotted at the press conference of the much controversial film Udta Punjab, revealed that he is sort of unemployed after Rangoon, since he hasn't taken up any project after the same. In fact, Shahid will soon go on a paternity break considering that his wife Mira is due in the next few months. Magadheera, a film based on reincarnation and unrequited love, stars Ram Charan Teja and Kajal Aggarwal in its original version and the rights for the same was bought by Sajid Nadiadwala.

On the other hand, yet another film that seems to have permanently gone on the backburner is AK vs SK, to be directed by the duo Raj and Krishna. The film, which was initially titled Farzi, was to star Shahid Kapoor and Kriti Sanon. However, now, neither of them are a part of the film and the actor mentioned that there are possibilities that the film wouldn't be happening.