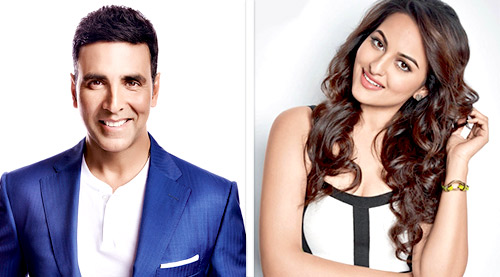 The sequel to the superhit romantic drama Namastey London was announced as yet another star studded venture with Akshay Kumar and Sonakshi Sinha playing the leads. However, it seems that there has been a setback.

Sources claim that despite a brilliant script, it seems that there will be a lot of preparations to be made before the film goes on floor because of which its shoot schedule has been pushed further from August. Rumours also have it that there are chances of the film being shelved altogether. One of the reasons is said to be the busy schedules of actors. While Sonakshi Sinha has already kickstarted her next titled Noor, Akshay Kumar is busy with Rustom followed by Jolly LLB 2.

Namastey England was supposed to be shot in varied locations across Europe that includes England, Brussels, Switzerland and Paris along with Punjab in India. But as of now, owing to the lavish budget and hectic work commitments of the leads, Namastey England has now been put on hold.