It seems like actors Shah Rukh Khan and Sunny Deol have let the bygones be bygones. While the two of them have not worked together since the 1993 film, Darr, Shah Rukh Khan seems to have ended the cold war with Sunny Deol and the reason behind it is the film Damini. 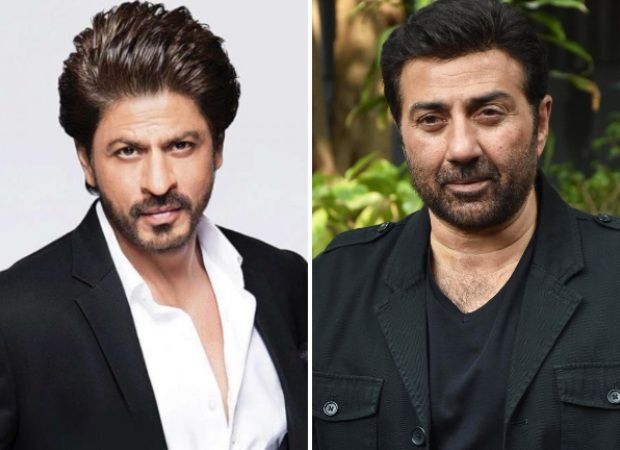 Sunny Deol is reportedly planning to remake Damini, the 1993 film in which he starred alongside Rishi Kapoor and Meenakshi Sheshadri. But, the rights are with SRK’s production house Red Chillies Entertainment and producers Aly and Karim Morani. Reportedly, when SRK heard that Sunny was keen on making Damini remake, Shah Rukh Khan drove himself to Sunny’s house without informing him and handed over the rights.

Ever since 1993 film Darr, Sunny Deol, and Shah Rukh Khan were not on good terms. The reason being SRK received all the fame and applause for his villainous role whereas Sunny was the lead actor paired opposite Juhi Chawla. He thought that the film glorified the villain. He even had a heated argument with Yash Chopra over a scene.

Sunny Deol had earlier spoken to India TV and talked about an incident that occurred on the sets of Darr.  "I was doing a scene in the film where Shah Rukh stabs me. I had a heated discussion with Yash Chopra regarding that scene. I tried explaining that I am a commando officer in the film, my character is an expert, I am very fit, then how can this boy (Shah Rukh's character in the film) beat me easily. He can beat me if I can't see him. If he can stab me while I am looking at him, then I won't be called a commando. Since Yash ji was old, I respected him and couldn't say anything. I put my hands inside my pocket as I was very angry. Soon, out of anger, I didn't even realise that I had ripped my pants with my hands,” he shared.

Coming back to Damini, the film revolved around the lead protagonist Damini who witnesses her housemaid being raped by her brother-in-law and his friends. She strives to get justice for her with her the help of her husband and her lawyer. The film was directed by Rajkumar Santoshi.