Ranveer Singh, who is all set to impress in Simmba, finally gets a leading lady. It is a known fact that Rohit Shetty announced his upcoming venture with Ranveer last year. While he was on a hunt for a perfect leading lady, it finally seems to have ended. The filmmaker found Ranveer’s heroine in Sara Ali Khan. 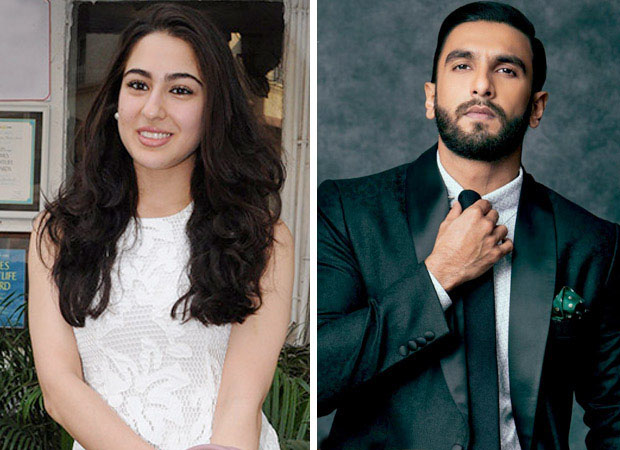 Yes, the very same Sara Ali Khan, daughter of Saif Ali Khan, who is debuting in Bollywood with Kedarnath. It doesn’t come as a surprise considering that grapevine is abuzz with reports of the same. In fact, many of reports claimed that she was in the running for the role alone with another star kid Janhvi Kapoor. However, Sara seems to have bagged the film eventually.

Quite obviously, it will be a big jump for her career to feature opposite the Padmaavat superstar Ranveer Singh. Sources claim that this move is a consequence of the entire Kedarnath controversy. For the ones who have been following Bollywood news, the director Abhishek Kapoor and producers of Kedarnath had massive fallout. Although later Abhishek Kapoor took to social media to show all is fine, we hear that the parents of Sara Ali Khan, Amrita Singh and Saif, were quite upset with the recent turn of events.

Hence, it is being said that Kareena Kapoor Khan and Saif Ali Khan intervened. Sources claim that the concerned duo put in a good word to Karan Johar. Karan is the producer of Simmba and a close friend of both the actors. It seems that the producer too obliged to their requests. If rumours are to be believed, then Karan convinced director Rohit Shetty to sign Sara for Simmba.

Saif and Kareena believe that Simmba will be a turning point in Sara’s career. One of the reasons for the same is the immense curiosity attached with the film already. Not only does it mark the debut collaboration of Rohit Shetty and Ranveer Singh but it also marks the return of Ranveer in the masala-entertainment genre.

On the other hand, Ranveer Singh will also be seen in a full-fledged action role in this remake. Yes, Simmba is the Hindi remake of the Telugu film Temper. Featuring Ranveer in the role of Sangram Bhalerao, the film is expected to release on December 28 this year.