Earlier we had reported that the sequel to the 90s film Sadak, though a long way away from going on floors, had been locked for release in August 2018. In fact, initial reports stated that though the lead cast of the film had not yet been finalized, Sadak 2 would see Pooja Bhatt and Sanjay Dutt who featured in lead roles in the original, playing integral parts in the second film as well. However, now we hear that Alia Bhatt has been finalized to play the lead in the film while Pooja Bhatt will direct it. 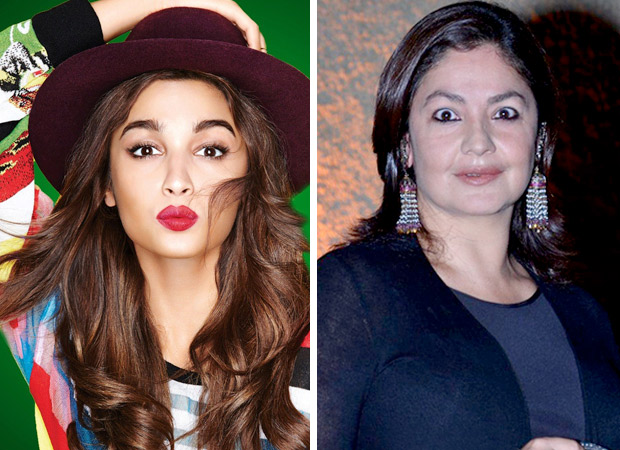 As per reports, Pooja Bhatt and Sanjay Dutt had convinced Mahesh Bhatt to develop a script for Sadak 2. In fact, after he had completed the script for this sequel, Mahesh Bhatt had revealed that the sequel would focus on the modern-day scenario where the distinction between the house and the ‘sadak’ is fast disappearing. If that wasn’t all, Bhatt had also stated that the script of Sadak 2 would make people believe in love at a time when it’s very easy to walk out of a relationship.

Interestingly, though there is no confirmation, with reports claiming that Pooja Bhatt would also feature in the film with Sanjay Dutt, one wonders if Sadak 2 will in fact be a continuation from the previous film. Back on the casting front, though Alia Bhatt has been finalized for the lead, contrary to reports of Sidharth Malhotra being roped in, we hear that the makers of the film are currently on the lookout for a male lead to star opposite Alia.

For Sadak 2, music will obviously be a big USP with two tracks by Jeet Gannguli already being finalized. If recent reports are to be believed, Pooja Bhatt too spoke about the film. Not divulging too many details, Pooja revealed that they will kick off Sadak 2 in February 2019. She further asserted that it will be shot in a start-to-end schedule.

Meanwhile, Alia Bhatt seems to have a packed schedule with back to back films in the form of Meghna Gulzar’s Raazi, followed by Zoya Akhtar’s Gully Boy opposite Ranveer Singh and later, Ayan Mukerji’s Brahmastra that sees her sharing screen space with Ranbir Kapoor.