The upcoming sports biopic 83 starring Ranveer Singh has been making headlines. The film produced by Reliance Entertainment that tells the story of the 1983 Cricket World Cup win, has been one of the most keenly awaited releases. Now, just a week before the film hits screens Bollywood Hungama has managed to get an inside scoop on how the makers bagged the rights of the story. As per a reliable source, we hear that Reliance Entertainment shelled out approximately Rs. 15 cr. to the winning team of which approx. Rs. 5 cr. went to cricket legend Kapil Dev himself. 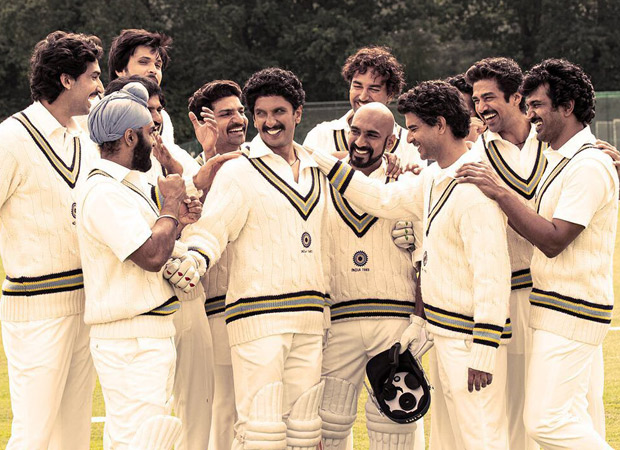 Revealing details about the acquisition of the rights for 83, an industry insider told Bollywood Hungama exclusively. “Before making the film it is important to acquire the rights of the subject and the individual stories of the players the film is based on, especially when it revolves around real-life people of incidents. Keeping this in mind, Reliance Entertainment has paid the original winning team of the 1983 World Cup approximately Rs. 15 cr., while Kapil Dev, who led the team to victory walked away with the lion’s share of around Rs. 5 cr. for his go-ahead”.

While the film is slated to release on December 24, reports suggest that 83 has been made on a budget of approximately Rs. 125 cr. Starring Ranveer Singh as Kapil Dev, Deepika Padukone as his wife Romi Bhatia, Pankaj Tripathi, Tahir Raj Bhasin, Saqib Saleem, Jatin Sarna, Chirag Patil, Dinker Sharma, Nishant Dahiya, and Harrdy Sandhu among others the film is directed by Kabir Khan.