When it comes to the popularity of the Sanjay Dutt biopic, Sanju, it is a known fact that the film is going places. After wooing hearts at the box office, the Ranbir Kapoor starrer is all set receive an honour. The film has been selected by the prestigious La Trobe University in Australia for a special screening. 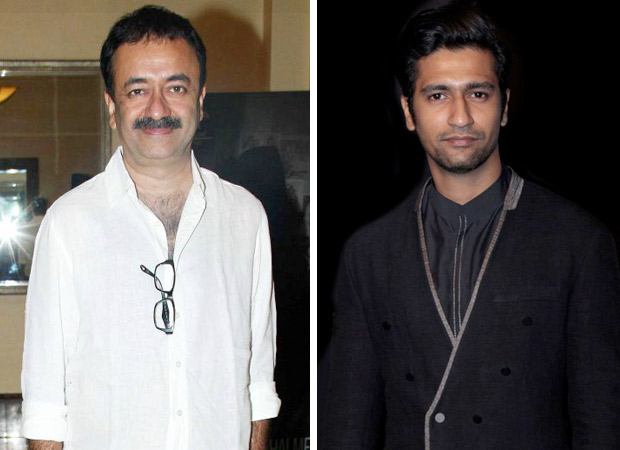 If recent reports are to be believed, the screening will be attended by Rajkumar Hirani and Vicky Kaushal. While Ranbir Kapoor is busy with his other work commitments, Vicky who played the role of Kamlesh Kapasi is expected to join Hirani in Melbourne.

The Indian Film Festival of Melbourne is a celebration of Indian cinema in the land down under. This year the festival will be taking place from 10th - 22nd August 2018, under the unifying theme of inclusion. This year, the festival is delighted and proud to present Rajkumar Hirani as the key guest who will celebrate Indian Cinema along with the diaspora at IFFM. The director who’s currently riding on a huge success wave after his film Sanju has gone on to becoming the highest grosser of 2018.

Rajkumar Hirani will be screening the film Sanju for university students from LaTrobe. Australia's 3rd best university where a huge mix of kids from all races and countries study. He will introduce the film, talk about Sanjay Dutt and show them a very different sort of biopic something they aren’t familiar with. For many, this will be their first Bollywood film ever.

Speaking on the opportunity in recent reports, Hirani expressed that this one would be a litmus test of sorts for the makers. The director went on to explain that whilst Sanjay always had a fan following in India, this film will be presented to audiences who have rarely been exposed to Indian cinema. On talking about the screening he said, "It’s always an enriching experience when people of different diaspora watch our films. I look forward to the special screening of Sanju for the students at La Trobe. It would be an interesting experience to see the reactions of those who are almost alien to Hindi films and the life of Sanjay Dutt."

The screening of Sanju is expected to be held on August 12. On the other hand, Rajkumar Hirani has revealed that he will start the screening by introducing the students to Sanjay Dutt and his journey in Bollywood, albeit briefly. Besides that Hirani is also expected to deliver a talk during this special screening event. He is expected to speak on what prompted him to make this biopic on Sanjay Dutt etc.

Apart from this, we also hear that Rajkumar Hirani and Vicky Kaushal have received an invitation to attend the Indian Film Festival of Melbourne. The festival sees many Bollywood stars attending the same every year. It is also being said that the director-actor duo received this invitation owing to their choice of cinema which is apparently in resonance with the theme this year, that is, Inclusion.