While the world is full of praises for Rajkumar Hirani and Ranbir Kapoor for depicting the controversial life of Sanjay Dutt unabashed and unfiltered, Sanju has crossed Rs 200 crore mark at the box office. As the audience is thoroughly enjoying Ranbir’s unbelievable performance, the makers have released the behind the scenes video showcasing Rajkumar Hirani bringing Sanjay Dutt in Ranbir Kapoor. 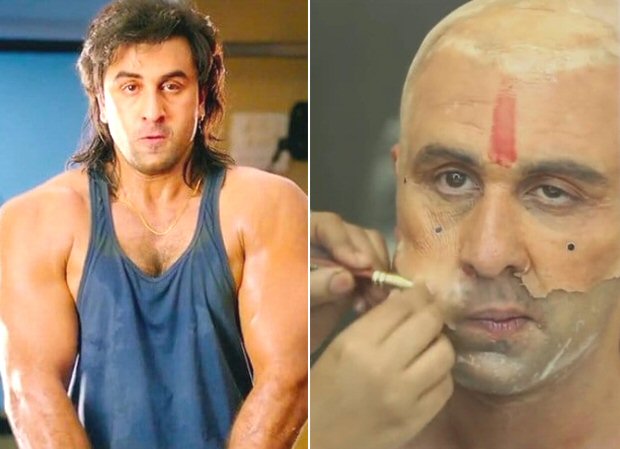 The transformation video showcases the painstaking journey of the team to attain the correct looks of Sanjay Dutt and the transformation of Ranbir Kapoor to achieve the same. Miracle filmmaker Rajkumar Hirani underwent immense hardships along with the entire team to achieve the perfect looks of the iconic actor Sanjay Dutt. The making video revealed the details of the hard work and dedication that made Rajkumar Hirani's vision come alive of transforming Ranbir Kapoor to Sanjay Dutt. The transformation included long hours in the gym and the makeup room. With the help of international makeup artist Clover Wootton, Vikram Gaikwad, hair stylist Aalim Hakim and physical trainer Kunal to help Sanju team and Ranbir transform into Sanjay Dutt.

Creating a record with the phenomenal numbers on the opening day, Rajkumar Hirani directorial has crossed over Rs 200 crores in a week and is running strong at the box office. While Sanju marks to be Ranbir Kapoor's first Rs 200 crore film, it is the third film for Rajkumar Hirani after 3 Idiots and PK.

Written and directed by Rajkumar Hirani, the film will also stars an ensemble cast in addition to Ranbir Kapoor which includes Paresh Rawal, Manisha Koirala, Anushka Sharma, Jim Sarbh, Vicky Kaushal, Sonam Kapoor and Dia Mirza amongst others. Produced by Vinod Chopra Films and Rajkumar Hirani Films in association with Fox Star Studios, Sanju is running successfully all over.