Actress Rhea Chakraborty who is the prime accused in the Sushant Singh Rajput case recently gave interviews to a few media houses. In an interview with Rajdeep Sardesai of India Today, Rhea Chakraborty said that Sanjana Sanghi's delay in clarification of #MeToo allegations levelled against Sushant made him upset. 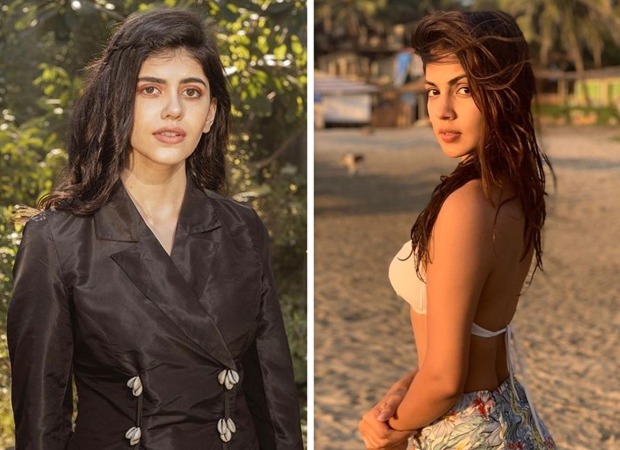 In 2018, while Sushant and Sanjana were shooting for Dil Bechara, the former was accused of harassing the latter. Sushant had to share screenshots of his messages to Sanjana to prove his innocence. Later, Sanjana confirmed that there was no truth to the accusations.

“Sanjana Sanghi had alleged that Sushant Singh Rajput harassed her, and those #MeToo allegations haunted him. Sanjana hadn't given any clarification, she finally came out 1.5 months later, but that destroyed Sushant's mental sanity. Till then, Sushant had to come out and reveal their chats himself,” Rhea said in the interview.

Responding to the allegations made by Rhea, Sanjana in a chat with India Today said, “As a woman, I have said more than everything that I have said. I have said enough and there is nothing new that I have to add. I literally cannot entertain that stuff right now.”

ALSO READ: “With him not getting nominated for awards and the #MeToo he felt someone was behind it” – Rhea Chakraborty on Sushant Singh Rajput being targeted