Fans will be super excited to see their favourite pair Salman Khan and Sonakshi Sinha romance on the big screen. However, let us tell you that the film in question is not Dabangg 3! You will see the two of them coming together for Welcome To New York. 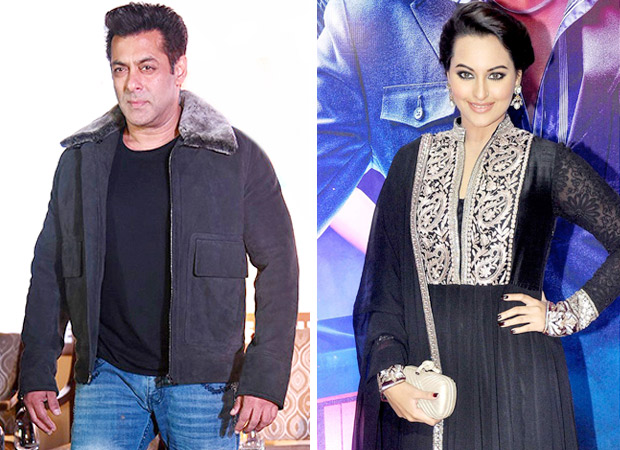 Before we add to anymore of confusion, the film does star Diljit Dosanjh as the leading man. However, Welcome To New York will also feature many A-list celebs in cameos and guest appearances. One amongst them is Salman Khan. Furthermore, the makers decided to cash in on their Dabangg chemistry. Hence, they have added the perfect Valentine’s Day number of the two for the film. The song titled ‘Nain Phisal Gaye’ is composed by Sajid-Wajid and penned by Kausar Munir.

Speaking on the song, Sonakshi Sinha expressed how happy she was to reunite with her Dabangg co-star on the big screen. Furthermore, she also revealed that this song was entirely shot in New York. The actress also believed that the said song was shot beautifully too.

Director of the film, Chakri Toleti too was impressed with the onscreen chemistry of Salman Khan and Sonakshi Sinha. He added that ‘Nain’ will be the perfect mood setter for the upcoming Valentine’s Day. Toleti also spoke about how Salman Khan immediately gave a nod for the number. He also mentioned that considering the Salman-Sonakshi camaraderie, the song shoot completed in a matter of hours.

On the other hand, Sonakshi Sinha quashed all rumours about her exit from the Dabangg franchise by confirming her presence. She also asserted that they will be kicking Dabangg 3 from this summer onwards.

Talking about Welcome To New York, the film was extensively shot during IIFA awards. The film brings together a novel concept of stage reality which hasn’t been explored in Indian cinema much. It stars Sonakshi Sinha as an aspiring designer and Diljit Dosanjh as an aspiring actor. The two get an opportunity to attend the IIFA awards and what follows is a fun roller-coaster ride. The film is slated to release on February 28.