Salman Khan is all set to come up with his most awaited movie Bharat and we can't help but get pumped up for the same. The movie was a lot in the news because it's leading lady Priyanka Chopra suddenly decided to walk out of the film citing the reason of engagement and an impending marriage with Nick Jonas. There were rumours that Salman did not take this lightly and was pretty offended. He promptly signed Katrina Kaif but the media was abuzz with the contention that he had fallen out with PC after this incident. Things took a further interesting turn after Priyanka signed a Hollywood project with Chris Pratt after walking out of Bharat. At the Loveratri trailer launch in New Delhi, Salman opened up about this and his statement was laced with hurt and blame. 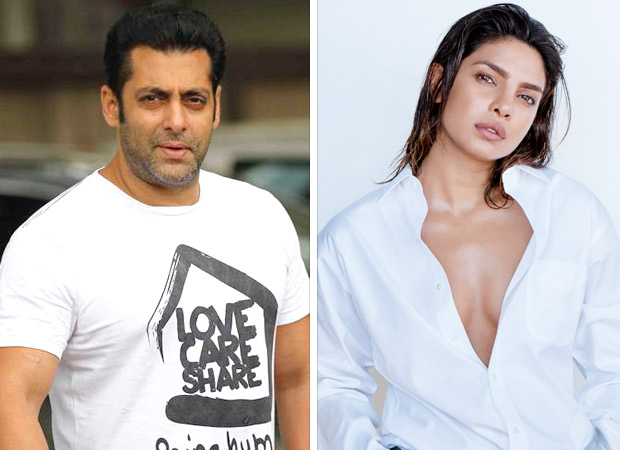 He said at the press conference, “I am really happy for her. Uss waqt hum ko ye pata chalta ke unhone wahan par koi bahut badi film sign ki hai aur hume thoda pehla pata chalta to hum waise bhi usko kabhi rokte nahi (If we had known then that she has signed a big Hollywood film, we wouldn’t have stopped her from leaving our film anyway). End moment pe pata chala, shooting ke 10 din pehle pata chala. Shooting shuru ho gayi thi meri, par unke schedule se 10 din pehle pata chala ki woh picture chhodna chahti hai. (We got to know at the end moment, 10 days before her shooting that she wants to leave the film). We said of course, if you don’t want to do it, don’t do it. Uss waqt kuchh alag reason diye gaye the hume (We were given another reason then..). Jo bhi reason hai, shaadi ka reason ho, ya picture ka reason ho, ya unko India main nahi kaam karna, ya mere saath nahi kaam karna, sirf Hollywood film aur TV show karna hai, woh unka reason hai. (Whatever it is, her wedding, Hollywood film or the fact that she does not want to work with me, it’s her reason.) We are really happy and supportive about her doing good work.”