Nearly three years after its first season ended in 2017, the TV show Saath Nibhaana Saathiya is back with Season 2 on Star Plus. Produced by Rashmi Sharma Telefilms, the second season will go on air in October and will see several old & new characters amidst the auspicious festivity of Navaratri. The first season received rave reviews from critics and audiences alike and a few days back the makers unveiled the first look of the much-anticipated show of the year. 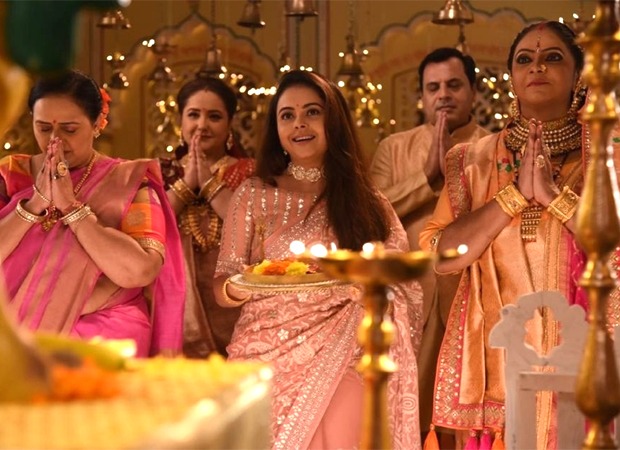 Producer Rashmi Sharma who is elated about her upcoming show launch, says “Saath Nibhaana Saathiya had become a household name since its launch in 2010 and I am pleased to announce the launch of its second season amidst the festivity of Navratri. Viewers love has got Kokila and Gopi back on TV, just like they got Shree Ram and Shree Krishna back when the lockdown began. I feel overwhelmed and also responsible to meet their expectations. The show is very special to us and we couldn’t have asked for better timing to launch this season. As we gear up for this show launch on this auspicious occasion, we seek Maa Ambe’s blessings. May her blessings always be upon us especially as we embark on this new journey. We had a great time conceptualizing the show and we are certain that the journey of each character from the Modi and Desai Parivaar will keep the audience intrigued and engrossed. I am hopeful that the show will do well like its first season and enthral viewers with a gripping new storyline.”

While Devoleena Bhattacharjee, Rupal Patel, and Mohammad Nazim will reprise the roles of Gopi, Kokilaben, and Ahem, respectively, fresh faces Harsh Nagar and Sneha Jain will play the new leads Anant and Gehna. The show will start airing from October 19 at 9 PM.