Filmmaker Rohit Shetty is known for his comic films like the Golmaal series and cop-drama films like Singham and Simmba has worked with several big stars in Bollywood. Among them, the actor has worked with Shah Rukh Khan and Ajay Devgn in more than one film. 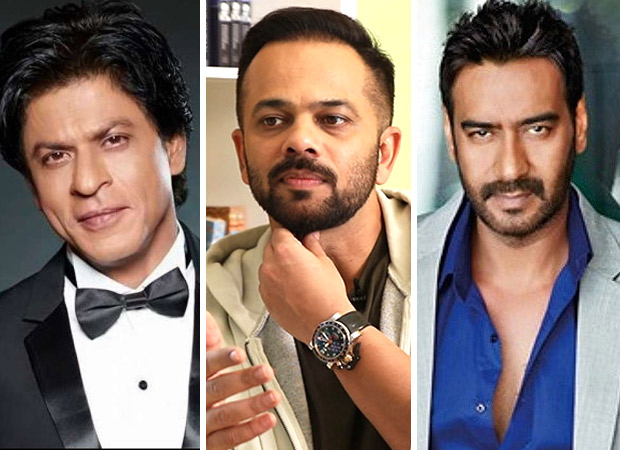 Recently, while talking at a session at the International Film Festival of India (IFFI) Rohit Shetty spoke about the work pattern of Shah Rukh Khan and Ajay Devgn. Rohit Shetty has directed Ajay Devgn in several films including the Golmaal and Singham franchise. He worked with Shah Rukh Khan in Chennai Express and Dilwale.

“Their working pattern is the same. Both are very hard working. I have never seen a day when Shah Rukh or Ranveer (Singh) or Ajay come on set and say that they are tired. You will see them sitting in one corner and rehearsing their lines. Where they are today is because of the sincerity towards their work, and because they never took for granted the notion that they are stars,” Rohit Shetty said while talking about the working style of Ajay Devgn and Shah Rukh Khan.

He further said, “I have done so many films with Ajay, but even today when he has a long scene or a dramatic scene or an emotional scene, you will see him rehearsing with my assistant director. The same goes with Shah Rukh.”