Rishi Kapoor is 100 per cent cancer free and will be back home by August end and plans to ring in his 67th birthday here with his family and friends. It is almost a year since Rishi left for The United States Of America’s Sloan Kettering facility and was joined by his wife Neetu Singh there. Now, he said he is 100 per cent free of the disease but needs to visit his doctors for a routine check up, now and then. 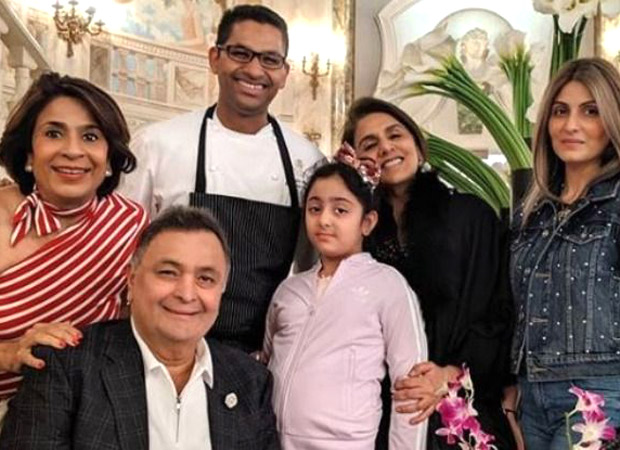 Rishi Kapoor is 100% CANCER-FREE, to be back in India by August end

Neetu Singh has been posting photos with him on Instagram. Ranbir Kapoor has also spent a considerable amount of time with his father and Alia Bhatt has joined the family on numerous occasions. Other close friends of Kapoors from the industry too joined them. Finally, Rishi is well and is ready to come back home.

Food critic Rashmi Uday Singh recently took to Instagram to share a pic with Rishi, Neetu along with Riddhima Kapoor Sahni and her daughter Samara. The happy troupe enjoyed a gourmet meal in the New York city.