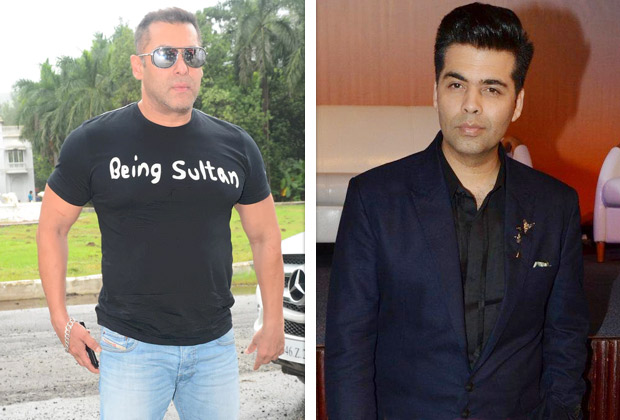 We all know that Karan Johar is a film maniac. The filmmaker goes through all kinds of emotions while making and watching a film. Recently, in an interview, he addressed that his first directorial venture Kuch Kuch Hota Hai was a silly movie. In a conversation with Neha Dhupia on her new talk show, Karan also revealed what went down during the shooting of the film and talked about an instance when he wept because of Salman Khan.

Karan Johar narrated how Salman Khan was adamant to wear ripped jeans instead of a well-tailored suit. Karan says, "Day 1 came of shooting and Salman was doing 2 shifts. Salman was shooting the patang wala gaana in Hum Dil De Chuke Sanam and ‘Saajan Ji Ghar Aaye’ for me which was his intro song in Kuch Kuch Hota Hai. I walked in and there was a black suit which his designer Shabina Khan had designed, all set for the big song and Kajol was in this elaborate lehenga and the set was all palatial. And he [Salman] was like ‘Hey, I have an idea! I’m going to wear these torn jeans and white t-shirt and I’m going to, like no f*****g dulha has ever worn torn jeans on his sagaai. And it’s going to set a trend and people are going to go mad!

At first, Karan thought that Salman Khan was just pulling his legs and eventually would wear the suit. But, he was serious about it. That is when Karan couldn't stop his tears and starting crying in front of him. He said, “I was like *waah waah*, please it’s my first film, I beg you! Don’t do this to me; wear the black suit. It will look very nice, I promise. I don’t think he has ever seen a grown man weep like buckets in front of him and he was like yeah, yeah, yeah. Don’t worry, main pehan lunga. Tu rona mat haan, main maar dalunga tujhe, tu rona mat."

Lastly, Karan added, “And I was like please, I went down on my knees. I was fully theatrical and old school filmy. I’d become Rakhee from Ram Lakhan. I went on my knees and I said please. He wore it, and it was fine. I just couldn’t believe that he was going to wear torn jeans and I did not know what else to do and when in doubt, you cry and I knew he was kind of soft-hearted and he wouldn’t take a huge football in front of him weeping like I did and he wore it and it was fun."