Just a few months ago we had reported that the Aanand L. Rai film that was supposed to get together Saif Ali Khan and R Madhavan together after 17 years, received a setback. R Madhavan opted out of it owing to a major injury, followed by which Manav Vij came to the rescue. Now that the untitled film is back on track, we got a sneak peek into the character to be played by Saif. 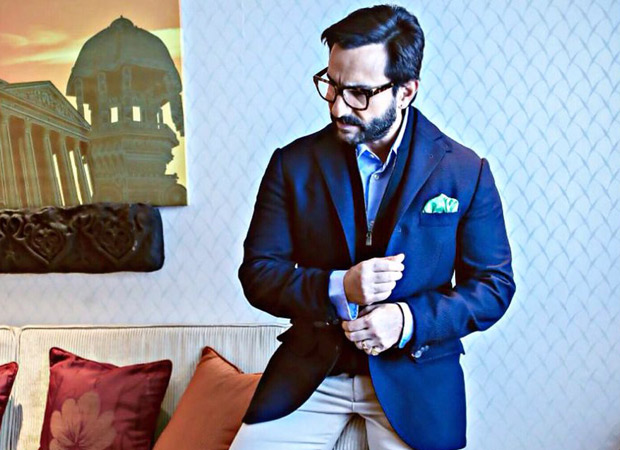 If recent reports are to be believed, Saif Ali Khan will be seen in the role of a vengeful Pathan. Apparently, the actor has also been sporting facial fuzz of late to get into the skin of his character. While earlier we had stated that he has been learning horse riding for the film, Saif has also been training in sword-fighting and knives recently for the same. And the next we hear is that the Nawab will be shooting in Devgarh, Rajasthan which is famous for its grand forts.

Elaborating on the same, sources were quoted in reports mentioning that the team will be shooting in some popular locations like sanctuary of Kali Ghati, bridges and tunnels of the Kunjbihari Mandir. This temple is also said to be famous for the number of bats that live inside the roof of the said structure.

Considering that the film is a period drama, we hear that many such temples and anciet architecture will be a part of it. After completing its schedule in Rajasthan [since the film has already been shot in Udaipur and Jodhpur], the team is expected to take off to Uttar Pradesh, followed by a schedule in Mumbai.

Directed by Navdeep Singh of NH10 fame, the untitled venture also stars Mukkabaaz leading lady Zoya Hussain. Sonakshi Sinha is expected to do a small yet important cameo in the film.

As for the titles, there has been buzz about many names doing the rounds. While earlier it was reported that Battle of Buxor was a contending title, it was later being said that Dussehra, Kaptaan were some of the other suggested titles. However, the makers are yet to make an announcement on what has been finalized.