Expect Bollywood stars to try something new and they won't disappoint. Besides acting, Saif Ali Khan follows yet another passion. And no points for guessing! It is music. He has been playing guitar for years and has even done international performances. Considering his knowledge of music, the makers of Baazaar have asked Saif to do something special for the film – Rapping. Furthermore, we hear that the actor has even given a nod to turn rapper! 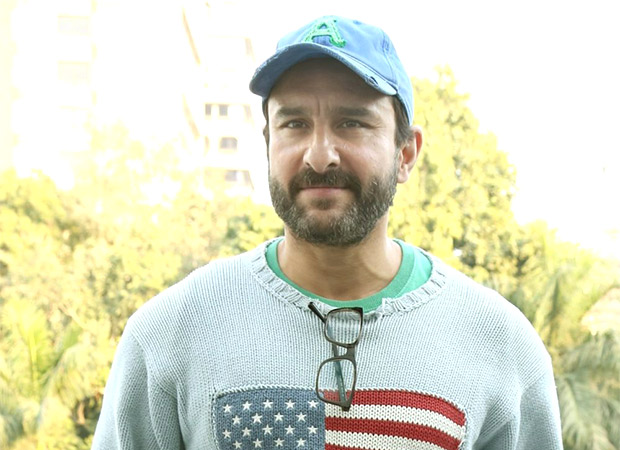 Saif Ali Khan, as reports suggest, is all set to turn rapper for Baazaar. He will also have an interesting collaboration. He will join hands with Yo Yo Honey Singh. The rapper, who has given some iconic numbers like ‘Angrezi Beat’ in Saif Ali Khan starrer Cocktail, will be doing a Punjabi–rock number for Baazaar.

While Saif will accompany for playback, it will be composed by Honey Singh himself. In fact, the said track will also feature the entire leading cast. It includes debutant Rohan Mehra, Chitrangda Singh and Radhika Apte. The special music video for this number will be shot sometime in May in Mumbai itself.

Sources close to the project have reportedly maintained that owing to Saif’s keen interest in music, he also often gives inputs in his films’ music albums. And it is being said that producer Nikhhil Advani and director Gauravv K Chawla were quite impressed when they heard Saif Ali Khan rap alongside Yo Yo Honey Singh.

In fact, the song, we hear, will also portray the romance between Chitrangda Singh and Saif Ali Khan. Baazaar will feature Chitrangda as Saif's wife Mandira in the film. Extensive preps have already kick started for the song as the makers want all the characters in glamorous looks. It's said to be a party number where champagne and other drinks will be seen being sprayed around along with an elaborate dance sequence too.

Set against the backdrop of the Mumbai stock market, Baazaar deals with business and its pros and cons. Saif Ali Khan is expected to play the role of a shrewd businessman in the film. It also marks the debut of Vinod Mehra’s son Rohan Mehra and features actors like Atul Kulkarni, Anupriya Goenka in prominent roles. The music is said to be composed by Amaal Malik and Tanishk Bagchi.