While Rishi Kapoor and Juhi Chawla have remained to be one of the most popular pairs during early 90s, the jodi is all set to reunite on the big screen yet again. If news reports are to be believed, the actor will be resuming his work once he finishes his treatment and returns to India. And his comeback venture would be the film with Juhi Chawla that was announced last year. 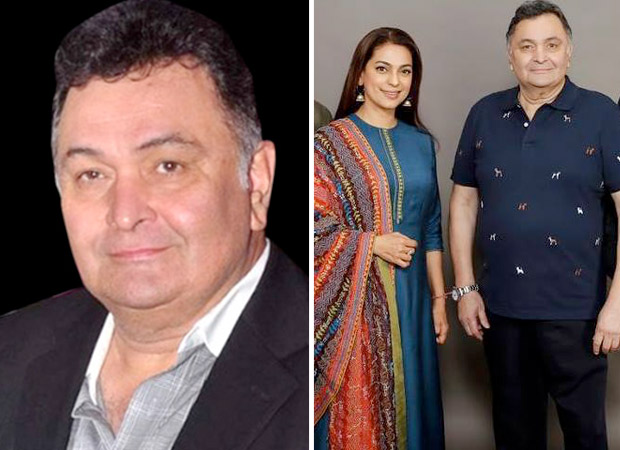 Juhi Chawla had taken to social media to announce about her reuniting with her Bol Radha Bol co-star Rishi Kapoor. Although there weren’t many details of the film, it was stated that the untitled venture will be directed Hitesh Bhatia. As per the post shared by Juhi, the film was expected to go on floor in September last year, however, it is said to have been delayed owing to the unexpected health issues of Rishi Kapoor. The RK studios fire incident as well as the demise of Kapoor family’s matriarch Krishna Raj Kapoor too is said to have affected the film’s schedule.

But now along with the return of Rishi Kapoor, the makers are planning to start work on this venture and Juhi Chawla too is said to be excited about this venture.

Readers would be aware that last year Rishi Kapoor had taken to social media to speak about taking off to U.S. owing to health issues. Even though neither the actor nor his family commented on the problems that the veteran Kapoor was facing, in a later post, Neetu Kapoor hinted at cancer. Now, in current reports, it has been asserted that the actor is now 100 percent cancer free and planning his return to India. During his U.S medical visit, many Bollywood stars met up with the actor and spent quality time with the Kapoors.

Also Read: Rishi Kapoor introduces us to the new ICC Cricket World Cup trophy and Twitter is applauding him for it!