After reading comedian Krushna Abhishek's defence of Bharti Singh and his tirade against Raju Shrivastava, Raju says he is dumbstruck by the line of defence assumed on Bharti's friends. "When Krushna says he stands by Bharati, does he mean he defends her for taking drugs? Is that the kind of image that he wants to project of the comedy community, as stands-ups who stand up in defence of drug consumption?" 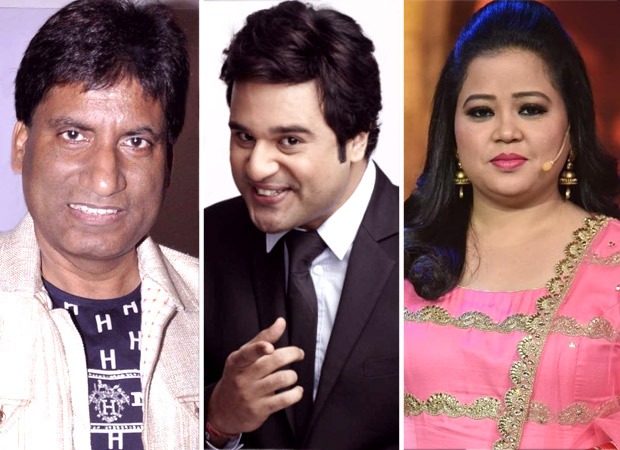 Raju says he spoke up against Bharti and her husband’s substance abuse only after she spoke about it. “Bharti confessed to the charge and the NCB found drugs on her home. Only then I reprimanded her as an elder member of the comedy fraternity. Should I not pull up a wrongdoer in our community? Should I instead defend the wrongdoers’ deed? Or, have Krushna and Bharati become such big performers that I can’t criticize them?”

Raju wonders about Krushna Abhishek's statement that the entire team of The Kapil Sharma Show is angry with him. "Krushna says they are all naraaz with me. Am I to presume that he's speaking on behalf of all the actors on the show? Or is he lashing out at me and pulling all the others into his arguments? Mujhe toh kissine nahin kaha ke wohnaraaz hai? And why should they be angry with me? Maine kya ghalat kiya hai? When Sanjay Dutt confessed to drug consumption did the film industry defend him? Maine toh Bharati ki bhalai ke liye kaha (I spoke out for Bharati's good)."

What of Krushna’s statement saying Raju Shrivastava shouldn’t have spoken? “I’ve every right to speak. Johnny Lever Bhai also reprimanded Bharti for the drug allegation; no one has pointed an accusing finger at him. Let Bharti deny the charge, and I will admit I shouldn’t have spoken.”

I tried repeatedly to get in touch with Krushna Abhishek. He didn’t respond.

ALSO READ: Hours after her arrest, Bharti Singh was seen cracking up the audience on a TV show with a joke on Indian Idol judge Neha Kakkar