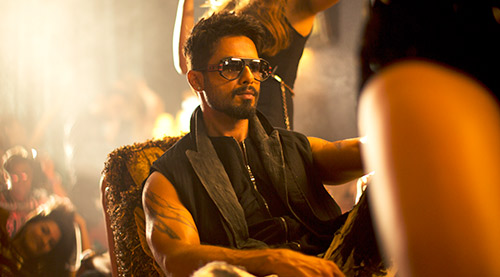 After a long yet brave fight put up by the makers of Udta Punjab against the CBFC, they could heave a sigh of relief last evening after the Bombay High Court demanded only a single cut and a couple of changes before its release on Friday. However, it seems that the state of Punjab is still not convinced about the film, as the Punjab High Court has demanded the screening of the same.

From what we hear, Justice M Jeyapaul, Haryana and Punjab High Court has issued a notice to CBFC (Central Board of Film Certification) seeking an explanation as to why the screening of the film hasn't been controlled. Advocate Watan Sharma has filed a petition demanding the screening of Udta Punjabas he believes that the film has portrayed the state as well as Punjabis in a negative light and that the film can disrupt the law and order of the state, followed by which the Punjab High Court has decided to arrive at a decision wherein they will be sending advocate Sujay Kantawala as a sort of amicus curiae (friend of the court) to view the film. Sujay will be seeing the film along with the CBFC today at 4 pm and will be submitting report on the content of the film to the court on the next hearing, that is on June 16, a day prior to the release of the film.

While the Punjab High Court questioned if this petition has any direct bearing to the case of the Bombay High Court, it was being learnt that the case in Mumbai dealt with the petition signed by the makers against the revising committee and its censorship whilst this one concentrates on the exhibition of the content in the film. Further, the Punjab High Court has also asked the makers of Udta Punjab to reply to the petitioner over the same.