Raveena Tandon, who has extended her support to social causes since the start, has come forward to help the martyrs of the Pulwama attacks in her own way. As a way of celebrating the bravery of martyrs and to extend support to their family, Raveena has decided to give a major lending hand to them by promising to take care of their children’s education. 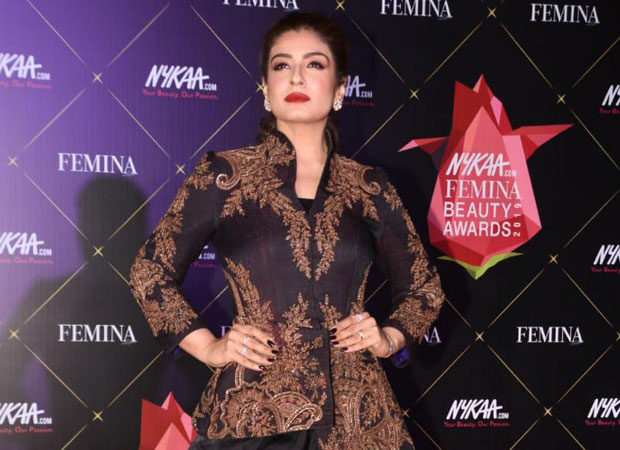 During the recently held Femina Awards, Raveena Tandon spoke to the media about the Pulwama attacks. While many celebrities have come forward and donated to various foundations including Bharat Ke Veer in order to showcase their support to the families of the martyred, Raveena too will be doing the same in her own way through her foundation. Here the actress confessed that she would taking up on the education of their children and also clarified on the news reports which claimed that she would be taking up on the girl children’s education.

Raveena said, “Yes I have taken the responsibility of educating all the girl children. I am not limiting it to only girl children. It was written somewhere like that. It is actually the children of all martyrs.” She also asserted that it is not only of the martyrs of the Pulwama attacks but a support to the families of all the martyred.  “It is not limited to the Pulwama attacks either, it is basically all the shaheed jawans and martyrs. My foundation will take care of the education and give out scholarships as well,” she added.

In the same breath, Raveena Tandon also spoke about how during such situations one should stay together. “These are moments where everyone should come together and contribute – big, small, whatever it is because it goes a long way,” she concluded.

Raveena Tandon has also spoken about sexual harassment in the past and this time she also agreed over the ban of Pakistani artists. She revealed, “Pakistani have come here worked and we have heard that often go back to their home country and abuse India. At the same time, I also agree that there are a lot of innocent people like you and me but there is a limit to what we can do. Cultural exchange seems impossible because until and unless they really climb down on what we are wanting.”