Priyanka Chopra and Farhan Akhtar starrer The Sky Is Pink was recently premiered at the Toronto International Film Festival. The cast and crew of The Sky Is Pink watched the film along with the family on whom the film is based.  Actors Priyanka Chopra Jonas, Farhan Akhtar, and Rohit Saraf met Aditi, Niren and Ishaan Chaudhary. The three actors were accompanied by director Shonali Bose and producers Siddharth Roy Kapur and Ronnie Screwvala. 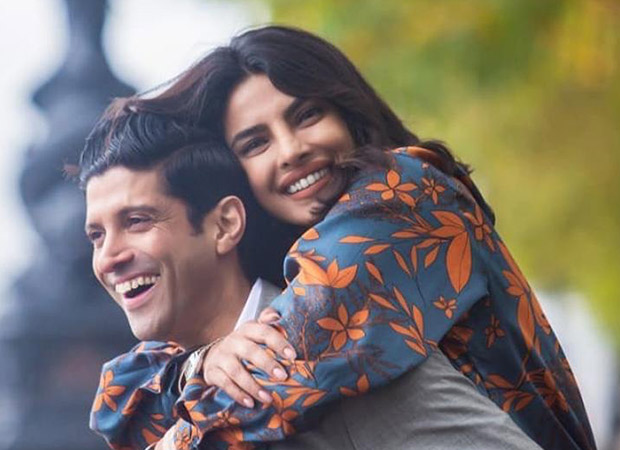 The Sky is Pink is based on the real-life story of Aisha Chaudhary, a young motivational speaker who died at the age of 18 having been diagnosed with pulmonary fibrosis. The film centers around the love story of a couple that traverses decades and continents told through the eyes of their spunky teenage daughter, Aisha. While Zaira Wasim plays the role of Aisha, Rohit plays her brother Ishaan, and Priyanka and Farhan play their parents, Aditi and Niren Chaudhary.

While talking to a daily, Priyanka said that this is the third time she is playing a role based on a real-life character. She said that she is honoured that Aditi and Shonali trusted and chose to tell this amazing story to her. Meanwhile, Farhan Akhtar had never met Niren Chaudhary before filming, because he did not want to imitate him but understand the emotions.

Also Read: Priyanka Chopra draws parallel between the characters in The Sky Is Pink with those in her family