Recently, the next gen star Ananya Panday launched her Digital Social Responsibility initiative ‘So Positive’ on the occasion of Social Media Day which took the internet by storm. In her recent interview, the actor shared her plans for her ‘So Positive’ campaign and what she intends to do to take it forward. Hailed as the best Student, she continues to mark her streak with her choices and projects. Ananya shares, “The main thing is that it’s on social media. I feel like the digital space is the most important where it needs to be put out. But after this I do want to visit schools, colleges and cities, talk to people and hear out their experiences. During these times you just need someone to talk to and need someone to listen. In two-tier cities and different sects of society, if they just need someone to talk to, I’m all ears.” 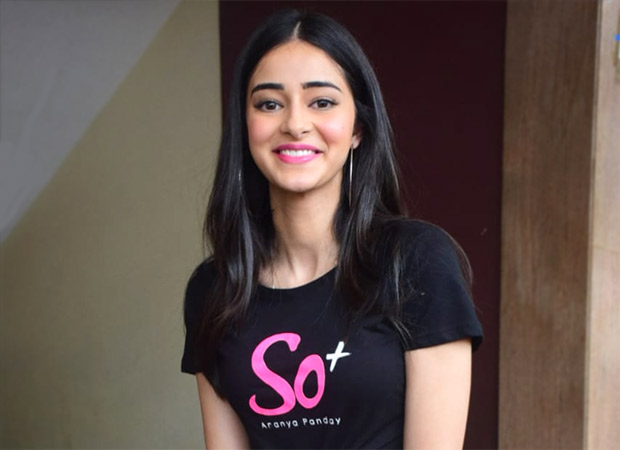 The most promising debutante of the year is easily the most relatable star, given her young age and her youthful exuberance, making her the youth icon whom everyone looks up to, especially girls and boys her age. Talking about the kind of power and position she has for being an icon at such a young age, the star further shared, “I think just becoming an actor has changed me because at such a young age when you have so much responsibility, and the responsibility of young girls looking up to you and wanting to hear what exactly you’re saying, and copy everything that you do. I feel it is so important for me right now to use my voice correctly and set a good example.”

This certainly sets the tone right as it’s extremely important for people and celebrities who happen to be in an influential position to realise they have the power that can initiate a change and Ananya Panday is one such responsible and wise youngster we have who is doing her bit for the societal change that she wishes to bring, something as basic as bullying, which is also something which has never been talked about or tackled before!

‘So Positive’ is a social media platform which intends to fight social media bullying and provides a voice to those who are going through it, or have been through it. According to Ananya, “It intends to create a community which will be there to stand against bullies and support people who are going through it”. With this initiative, she intends to bring psychologists and plans on visiting various schools and institutions to spread awareness about the same.

‘So Positive’ is an original cause taken up by Ananya which is backed with substantial data, research and behavioural statistics. The initiative aims at creating and spreading awareness about social media bullying. The initiative’s prime focus is to make people aware of the fact that this issue exists and stays very prevalent in society. From being a filmmaker’s favourite to a sensation for the world, Ananya is the star who has emerged as the favourite for all. The actress will soon be seen in Pati Patni Aur Woh alongside Kartik Aryan.