Kareena Kapoor Khan is all goals when it comes to style and being the new age mommy, inspiring millions of girls who aspiring to juggle work and  family. She, along with her elder sister Karisma Kapoor, were called to grace the podium at the India Today Conclave held recently to speak about Films, Family and Feminism. While Lolo was being a bit politically correct, Bebo went all out opening up about her filmy career, opposition she faced while naming her baby Taimur Ali Khan and the way paparazzi is consumed with his existence. She revealed how she was so disturbed with the controversy over Taimur’s name and masses’ references to a Mughal conqueror Timur, comparing her baby to the barbaric ruler. Her elder sibling revealed the way Kareena dealt with all this, while ‘howling’ in the bed. Her doting husband Saif Ali Khan offered to change the name to ‘Faiz’ claiming it is more poetic and less controversial than Taimur. But Kareena was adamant on Taimur as she loved the name. 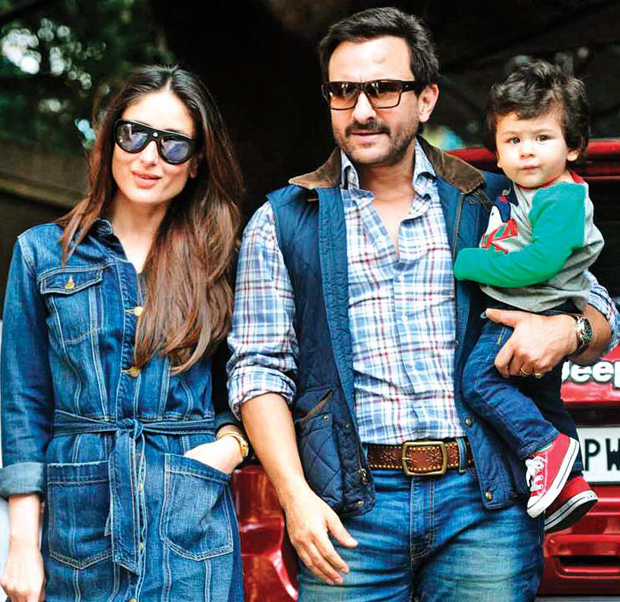 At the conclave she said, “Saif was ready to change his name to Faiz, as it is more poetic, but I was not going to succumb to public pressure; my son is Taimur, and will grow up to be, like his name, an Iron Man one day.” Now, Taimur sure will grow up to be a brave boy since his mommy leads by the example too. The sisters also spoke about how the people’s hate towards the name turned into oodles of love and support when they saw Taimur. The Veerey Di Wedding actress also thanked her fans for the support they gave her and claimed that everything trumps over that feeling.

On a professional front, Kareena will be seen in Veerey Di Wedding with Sonam Kapoor. The film will be produced by Rhea Kapoor and will also star Swara Bhaskar.