Netflix continues to grow across the globe with its vast content and original films and series. Meanwhile, the streaming giant is progressing in India rapidly. With the success of Sacred Games, Netflix is aggressively targetting India for their new originals which will be produced by leading ladies of Bollywood- Anushka Sharma, Priyanka Chopra, Madhuri Dixit.

At the company's "See What's Next: Asia" event, its first-ever content showcase in the region, which concluded in Singapore on Friday, Netflix announced that it is coming with 9 Indian originals including eight films and one series. 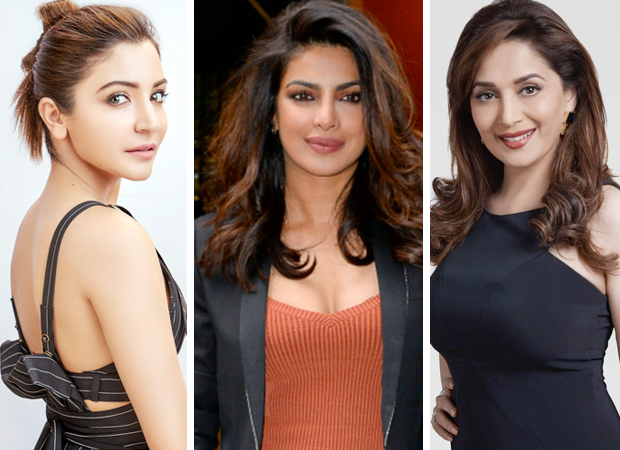 Firebrand will be produced by Priyanka Chopra. Directed by Aruna Raje, the film stars Usha Jadhav, Girish Kulkarni, Madhav Patkar, Sachin Khedekar and Rajeshwari Sachdev.  The statement read, “Firebrand is a Marathi film that follows a successful lawyer, a sexual assault victim played by Usha Jadhav, as she tackles difficult family cases while also dealing with intimacy issues in her own marriage. Girish Kulkarni essays the role of her husband Madhav Patkar, an architect by profession. Sachin Khedekar and Rajeshwari Sachdev play a couple in the movie which is high on drama.”

15th August is the first production for Madhuri Dixit. The story is set in a Mumbai chawl and is about a cramped residential building for low-paid workers and follows the course of single day of the residents until Independence Day. The film will revolve around the struggles of middle-class people in India.

Hotel Mumbai is based on true story of November 26 terrorist attacks in Mumbai. The film will follow the story of the victims and survivors of the devastating terrorist attacks on Mumbai in 2008. Directed by Anthony Maras, the film stars Dev Patel, Armie Hammer, Nazanin Boniadi, Anupam Kher and Jason Isaacs.

Music Teacher will mark second Netflix original for Manav Kaul. The film will be directed by Sarthak Dasgupta and will tell the story about an emotionally troubled music teacher who finally comes to the terms with his bitterness with an estranged student who has become a renowned singer in Bollywood.

The film named Chopsticks will star Mithila Palkar, Abhay Deol and Vijay Raaz and will be helmed by Sachin Yardi. The film is produced by Ashvini Yardi of Vineyard Productions. "It’s about an under-confident but talented girl sidestepped at every stage of her life, who seeks out an enigmatic con to help recover her stolen car from a goat-loving, crazy Mumbai gangster. In the process, she finds her confidence and place in the sun,” read a statement.

Upstarts is produced by Raja Menon, Janani Ravichandran and Jawahar Sharma of Bandra West Productions.  Directed by Udai Singh Pawar, the film takes place in the thoroughly modern setting of India's startup sector. The film focuses on the relationship between three college graduates who all hail from smaller towns, and how their friendship is tested by money and the chaotic nature of the startup economy.

Cobalt Blue will be written and directed by Sachin Kundalkar. The film is based on the best-selling novel of the same name. The story will revolve around a brother and sister who fall in love with the same man and the things take a drastic turn in a traditional Marathi family.

After Sacred Games, a supernatural drama Typewriter will be the next on Netflix India. The story will be about a haunted house and a haunted book and a group of young, wannabe ghost hunters and their dog who are determined to capture the ghost. The series will be set in Goa.