Hollywood star Chris Hemsworth is currently in India for the shoot of the Netflix film, Dhaka. The film was announced earlier in October and is written by Joe Russo, one of the directors of Captain America: Civil War and Avengers: Infinity War. The film is set in India and Chris will be joined by critically acclaimed actors, Manoj Bajpayee and Randeep Hooda. 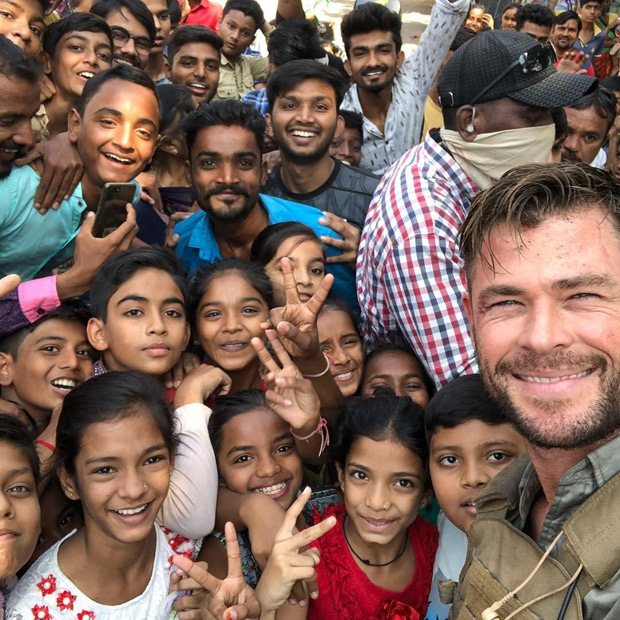 Chris Hemsworth has been enjoying his stay in Ahmedabad. The actor has been busy shooting in the sunny weather this past weekend. But, he is keeping the fans updated on his whereabouts from the sets of the film. But, the actor was overwhelmed by the response he received from the fans as soon as he began shooting in India. He took to Instagram to share a couple of pictures with fans that included many kids who were super excited to meet the Lord of Thunder. He wrote, "Beyond thankful for the kindness and generosity that the people of India have extended to us while making our little film here ????????????????@thesamhargrave #netflix." 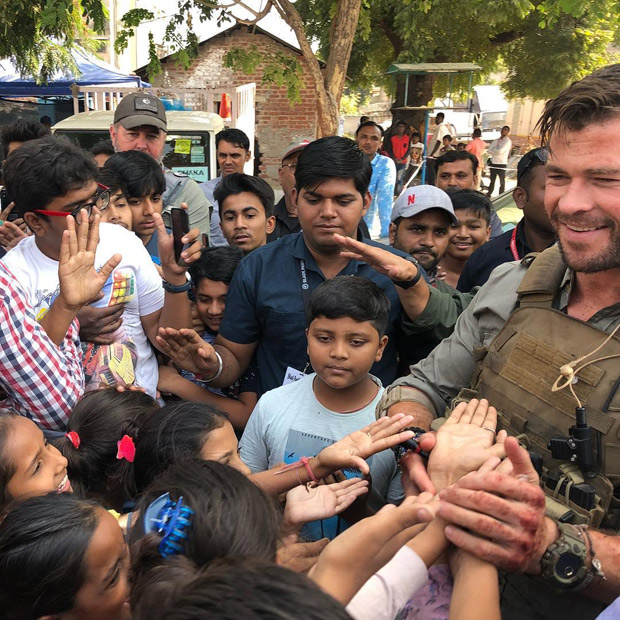 On Sunday, Chris shared a couple of Instagram stories which showed that he was absolutely amused by the traffic in Ahmedabad. The actor captioned the story as “beautiful chaos.” In one of the videos, he was heard saying, “It’s a good system… here we are in the intersection… and no one is really moving except that car going on the wrong side of the road. What is happening? The horns are on.”

In a couple of stories that he shared on Monday, Chris Hemsworth was seen enjoying the shooting by doing squats with his squad. Clearly, he is making the most of this work trip by keeping it light and fun.

Upon his arrival, Chris received a welcome package from the hotel where everything he received was Thor inspired. But, the interesting part of this was that all of it was edible food. He shared a hilarious video in which he was seen eating Thor's photograph and hammer.

The Ahmedabad shooting schedule will be of 10 days followed by Mumbai schedule. In Mumbai, two locations Dharavi and Byculla have been zeroed in for the shoot. After that, they will reportedly head to Thailand.

Written by the Russo Brothers, Manoj Bajpayee will reportedly essay the role of an Indian don whose son is kidnapped and is rescued by Hemsworth’s character. Dhaka is an action film and will mark the directorial debut of Sam Hargrave.