Netflix continues to grow across the globe with its vast content and original films and series. Meanwhile, the streaming giant is progressing in India rapidly. With the massive success of Sacred Games, Netflix is aggressively targetting India for their new originals. Baahubali: Before the Beginning, a prequel to the iconic film franchise has been finally announced. 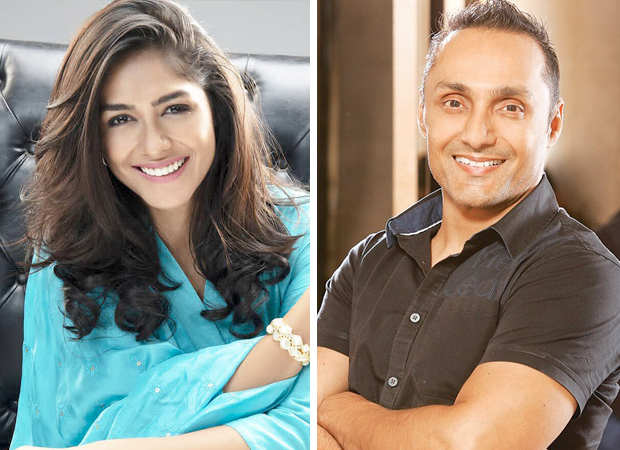 The announcement was made at Netflix’s See What Next event in Asia which concluded in Singapore in the presence of Deva Katta (director), Prasad Devineni (producer) and Praveen Sattaru (director). The prequel series has been given two seasons nod. The first season will be adapted from the book 'The Rise of Sivagami' by Anand Neelakantan. Actress Mrunal Thakur, who was recently seen in Love Sonia, and Rahul Bose will be essaying the lead roles in the series.

Mrunal Thakur will take over the role of young Sivagami, while Rahul Bose will starring as Skandadasa. The show, to be co-directed by Deva Katta and Praveen Sataru, and will also star Atul Kulkarni, Vaquar Shaikh, Jameel Khan, Siddharth Arora and Anup Soni.

Mrunal Thakur was at the session of Netflix's See What’s Next: Asia event and said that she is aware of the high expectations from her. "For me, when I gave the audition, it was not easy. When I saw both the films, the benchmark was there. To match up to Ramya who played Sivagami was a challenge. It’s a big treat to work with this team. When I got to know that it was a Netflix project, I was even more excited. I was very fascinated with the dialogue ‘Mera Vachan, Mera Shasan’. That really attracted me. The process was not easy as well. It was a little difficult but somewhere down the line in my head, I knew I was going to be Sivagami because she is a strong character who rules the entire Mahishmati. She’s got the sense of motherhood at the same time she is got the sense of what is right and what is wrong. She treats everybody equal no matter who it is. Through this project I’m living my dream,” she said.

Dev Katta, who was present at the event when the prequel was announced, revealed what they will be exploring in the prequel. “The story backtracks about 50 years from the beginning of Baahubali story. The movie was a singular emotion and singular conflict, now we are exploring it in a deeper way. You will also get deeper into the street level life and multi-layer life in the kingdom,” Deva Katta said.

He further added that with Netflix giving them the opportunity and two season order, they will be able to explore different stories and characters. "When we have consciously evolving characters throughout unpredictable eventualities, we relate to those stories a lot. Those are epic stories like Ramayana and Mahabharata. They stand in time and are relevant to us. When you dig deeper and make the characters more dimensional with root stories and root psyche, that’s what this platform gives us. We grew up watching a lot of Hollywood films and that’s what ignited our passions to become storytellers," he said.

Co-director Praveen Sattaru revealed that the series will be shot all around India. "We are covering the length and breadth of India. This is not just a south or north series. It’s a pan-India series and you have characters from all across India," he added at the event.

Baahubali: Before The Beginning has already been given two season order by Netflix.