Earlier this year in April, Ranbir Kapoor and Alia Bhatt tied the knot in a highly intimate and private affair with only a few selected family and friends in attendance. While the couple’s wedding made headlines for days before and after the actual date, neither of the two has been very vocal about life post their wedding. Now, revealing details about the couple post-marriage, Ranbir Kapoor’s mother Neetu Kapoor, revealed that post-marriage Ranbir is a ‘changed man’. 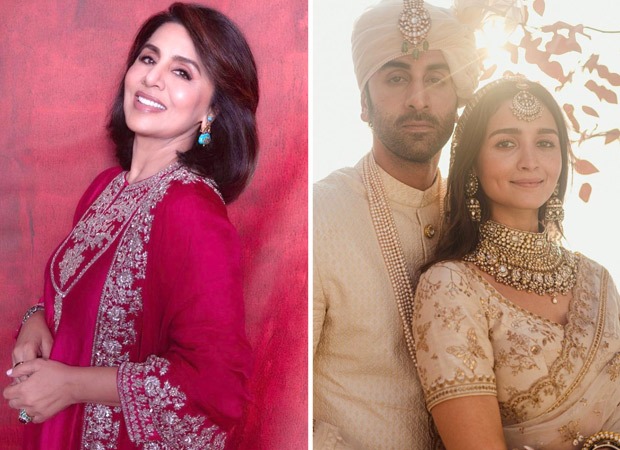 Currently, busy promoting her soon-to-release film Jugjugg Jeeyo, along with Anil Kapoor, Varun Dhanwan, and Kiara Advani, Neetu has been doing interview rounds with various media houses. In one such interview with Hindustan Times, Neetu Kapoor got talking about how Ranbir has changed after marriage. Speaking about the change Neetu adds, "I am the happiest, today. She (Alia) has given him a lot of love and warmth. I feel the change in him. They look good together. I am very happy and feel lucky that Alia has come into our family. So, life has really changed and I am very content. Woh tension hota hai na, shaadi nahin hui, shaadi nahi hui. Ab shaadi ho gayi (There is always that tension that he isn’t married. Now he is),”

Further talking about the low-key wedding celebrations Ranbir and Alia had Neetu Kapoor defends the couple’s idea and instead says that such ceremonies are perfect. "It set an example for many. You don't have to do a big wedding. You should do a wedding where you should be happy and family should enjoy. Else, hum doosre logon ko khush karne mein lag jaate hain (We just end up making others happy). We should enjoy", added the veteran actress.

While Neetu Kapoor is certainly still celebrating her son’s marriage, the veteran actress will soon be seen on the big screen in the film JugJugg Jeeyo. Directed by Raj Mehta, JugJugg Jeeyo, Neetu’s comeback film, also stars Anil Kapoor, Varun Dhawan, and Kiara Advani, and is set to release on June 24. Meanwhile, Alia Bhatt and Ranbir Kapoor will next be seen in Ayan Mukerji’s Brahmastra.