Two years ago, veteran actor Neena Gupta came out publicly to ask for work. The actress was highly applauded as everyone said that there's no shame in asking for work. Since then, she has gone on to star in several films including Mulk and Badhaai Ho. With that being said, the actress is now sparked ageism debate after the trailer release of Saand Ki Aankh which stars Bhumi Pednekar and Taapsee Pannu. 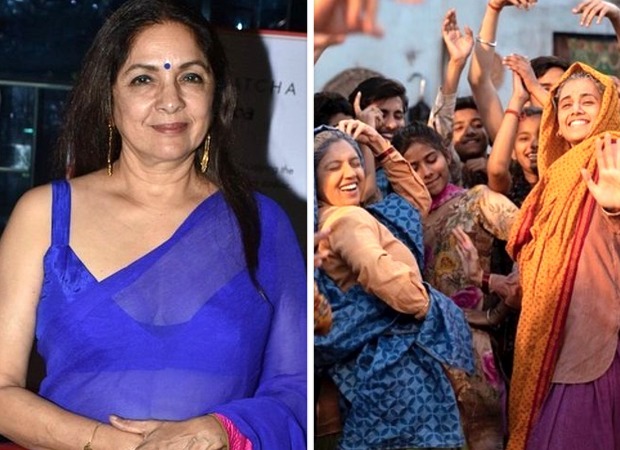 Neena Gupta took to Twitter to say that leave some older roles for them. "Yes I was just thinking about this hamari umar ke role toe kamse kam humse kara lo bhai," she wrote. This was in response to a Twitter user who pointed that Saand Ki Aankh could have had veteran actresses like Neena Gupta, Shabana Azmi or Jaya Bachchan.

However, after a lot of debate by Rangoli Chandel on Kangana Ranaut, the Badhaai Ho actress stated that she has great respect for Taapsee and Bhumi, and wished them luck. She tweeted, "I liked the trailer, #SaandKiAankh and I have great respect for both the actors @bhumipednekar @taapsee chalo lets wish the film good luck also to #AnuragKashyap who I am very fond of, chalo apna time ayega."

I liked the trailer, #SaandKiAankh and I have great respect for both the actors @bhumipednekar @taapsee chalo lets wish the film good luck also to #AnuragKashyap who I am very fond of, chalo apna time ayega ????????????????????

Rangoli Chandel had stated that Saand Ki Aankh was first offered to Kangana Ranaut and the role went to Taapsee Pannu. She said that Kangana is fighting ageism in the industry. She even targeted Taapsee as well. But, it isn't the first time Ranaut sisters have called out Taapsee. In the past few months, there has been a lot of back and forth between the stars.

Produced by Anurag Kashyap, Saand Ki Aankh tells the story of sharpshooters Chandro Tomar and Prakashi Tomar. The film is set to hit the screens on October 25.