Taapsee Pannu and Bhumi Pednekar's upcoming release Saand Ki Aankh is making quite a lot of noise, especially owing to the powerful story it is going to tell. The film revolves around Chandro Tomar and Prakashi Tomar, respectively world's oldest and second oldest sharpshooters, hailing from Uttar Pradesh. It is the story of two women who weren't bogged down by age, began shooting when they were well into the old age, and stand as globally acclaimed shooters right now. 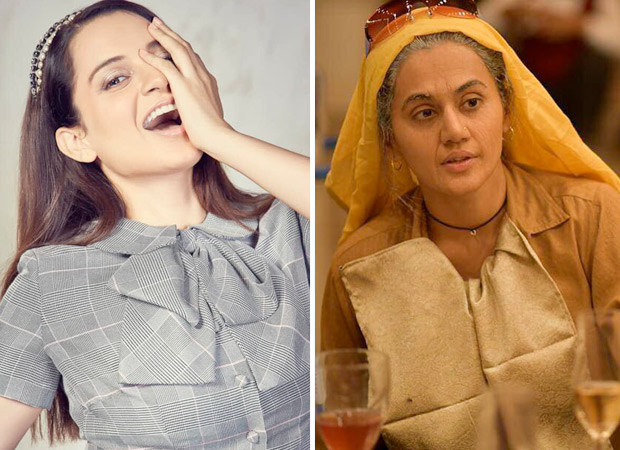 However, the film landed up amid debates ever since it was announced. Many were of the opinion that older actors should’ve been roped in, rather than younger actors stepping in for older characters. On that note, Kangana Ranaut's sister Rangoli Chandel revealed that the film was first offered to Kangana who loved the script but turned it down to fight the clichéd ageism and sexism. In her Tweet, Rangoli claims that Kangana even suggested Neena Gupta and Ramya Krishnan's names.

Neena ji Kangana was offered this movie and she loved the true story of Grandmom’s achievements she suggested yours and Ramya Krishnan ma’am’s name for lead roles but these men can’t remove deeply rooted sexism from their filthy brains ... https://t.co/f81LXDE5hg

Rangoli further went on to slam Bollywood for promoting sexism in the name of feminism.

We will never have a Meryl Streep in India if we keep shamelessly displaying older women phobia like this... shame on you all Bolly filth... for promoting sexism in the name of feminism ...

On the other hand, it looks like the criticism has irked Taapsee as well. She took to Twitter to share her stand on the age debate as well.

I hope and can only hope this will answer the question once n for all coz honestly now it’s getting boring for us to repeat ourselves.
So all you lovely people here goes my RESPONSE -#SaandKiAankh pic.twitter.com/guldaTWaks

Also Read: Kangana Ranaut sits through extensive prosthetics measurement for Thalaivi in US