The much awaited flick War, starring Hrithik Roshan and Tiger Shroff, is less than a week away from release and the excitement is already in the air. Usually, the trailers of upcoming biggies always get attached to the prints of such big, grand films that are expected to draw audiences in hordes. But Yash Raj Films (YRF), the producers of War, have declined such requests. The Housefull 4 trailer will be shown to viewers watching War, but that is because its producers Nadiadwala Grandsons and Fox Star Studios, have told the national multiplex chains to do so. 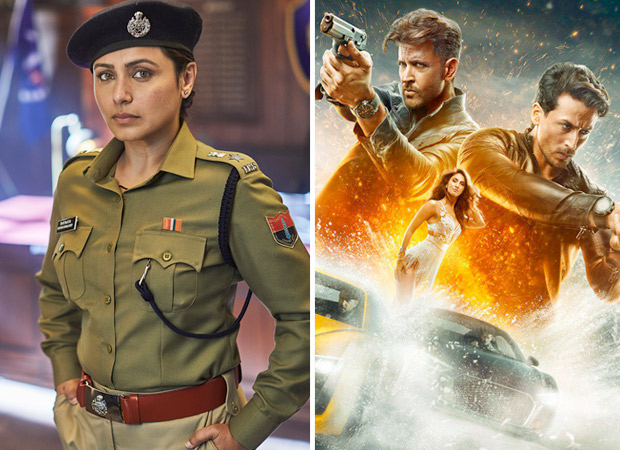 However, now it has come to light that viewers will get a sneak peek of YRF’s upcoming production, Mardaani 2, when they venture out to see War. A source close to the project says, “Aditya Chopra, the head honcho of YRF, has given his nod to attach Mardaani 2’s teaser with their upcoming film. It’s just 41 seconds long but conveys a lot about the film and the setting. The villain isn’t shown but the viewers will get an idea as to what to expect from the movie.”

Mardaani 2, as the name suggests, is a sequel of Mardaani, the 2014 action drama flick starring Rani Mukerji in leading role. In the first part, she plays a dedicated police officer who brings down a human trafficking network, run by a ruthless young man in tandem with a Delhi politician. Pradeep Sarkar directed this flick that was loved for its direction, script and performances by Rani and the antagonist, Tahir Raj Bhasin. It was also a rare ‘A’ rated film of YRF.

In Mardaani 2, Rani Mukerji reprises the role of Shivani Shivaji Roy and this time she’ll be up against an even colder and merciless villain. The shoot for the film began earlier this year in Mumbai followed by an important schedule in Rajasthan. In the blistering heat of May, Rani Mukerji shot for some key sequences in Kota, braving 42 degree Celsius temperature.

The source, before signing off says, “The YRF team right is now working round the clock on War. But they are also simultaneously focusing on Mardaani 2 as well and they are sure it has immense potential, just like Mardaani. War is expected to have the biggest opening day and weekend of the year, when it comes to Hindi films. So they feel this is the right opportunity to give a glance of what Mardaani 2 will be like, to as many as audiences as possible.”

Mardaani 2 releases on December 13, 2019. Gopi Puthran, co-writer and associate director of Mardaani, makes his directorial debut with this flick.

Also Read: Mardaani 2: Rani Mukerji gets an unforgettable memento for her awesome work